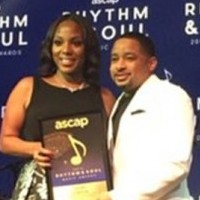 The American Society of Composers, Authors and Publishers (ASCAP) celebrated its 28th Annual Rhythm & Soul Awards in Los Angeles, CA. Amongst the performers and award recipients was Tre’Myles/Motown Gospel Artist, Smokie Norful who received recognition for “No Greater Love” in the Top Gospel Songs Category.

Below is a full recap of the event:

The American Society of Composers, Authors and Publishers (ASCAP) hosted its 28th annual Rhythm & Soul Music Awards on Thursday, June 25th, 2015 at The Beverly Wilshire Hotel in Los Angeles. The invitation-only event paid special tribute to Lauryn Hill, who also performed a medley of her hits during the evening. Additionally, ASCAP honored the songwriters and publishers of the most performed ASCAP songs on the 2014 R&B, hip-hop, rap and gospel charts.

The Publisher of the Year Award went to Sony/ATV Tunes LLC.  Songwriter of the Year went to co-winners Timbaland and Jay Z. Timbaland, Beyoncé and Jay Z also received the award for Top R&B/Hip-Hop Song for “Drunk in Love.” Kid Ink and co-writer Jeremih walked away with the Top Rap Song for “Show Me” featuring Chris Brown; while Bart Millard was honored with the award for Top Gospel Song for “I Can Only Imagine,” (performed by Tamela Mann).

D.R.A.M. performed his up-and-coming song and Beyoncé favorite, “Cha Cha;” while Jazmine Sullivan did a powerful version of her ballad “Forever Don’t Last.” The evening also featured Migos performing their popular “Handsome and Wealthy,” and gospel star Smokie Norful with his hit, “No Greater Love.”