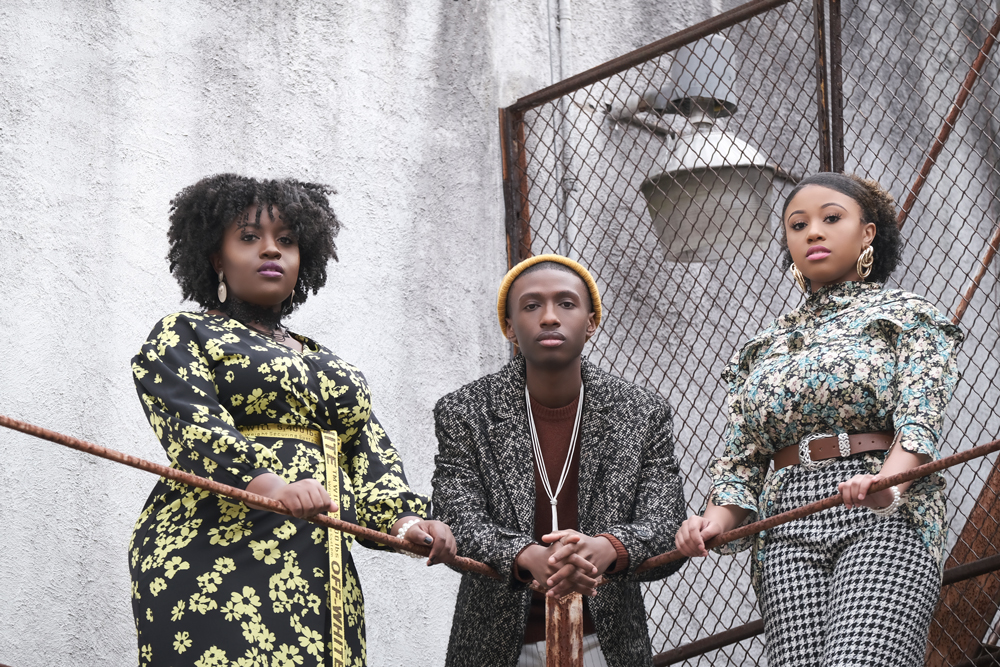 The siblings took some time off to pursue higher education, learn more about the music business and further hone their craft. Now, they emerge with a new name – TRILOGY – and a reverent sound reflective of their flawless harmonies and deep roots in Gospel music.

Trilogy’s luminous new single “Jesus Loves Me” was recently serviced to radio and is seeing early adds that has quickly broken Billboard’s Top-100 chart position.  “Jesus Loves Me” will be available for download from all digital outlets on May 15th through a joint venture with the Leslies’ PGK Music and United Alliance Music Group.

“The song is very heartfelt and authentic,” says Stephen. “It is a reflection on imperfection and the idea that you may be imperfect but you don’t have to beat yourself up because you have someone who loves you in spite of yourself. There is a strong sense of peace in the harmonies and instrumentation of the song.”

Stephen, Jr., Sierra and Shanté Leslie grew up in a Washington, D.C. household where appreciation for music was inherent and church was woven into their lives. Their grandfather, Bishop John T. Leslie, Jr., pastored The Church of Jesus Christ in Southeast, D.C., where their mom was on the praise and worship team and their uncle, Professor Wilbur Belton, Jr., was minister of music. Additionally, their dad is an accomplished musician who was a mainstay in the jam sessions of good friend and Trilogy producer Dana Sorey, Tye Tribbett and members of one of the baddest bands in Gospel music: SoundCheck. With this musical saturation, it comes as no surprise that the Leslie kids would form their own group. First introduced to the public as STL3, the group garnered a Stellar Award nomination for its debut project. Reborn as Trilogy, the group is set to release its second project, Blank Script, later this year.

Find out more about Trilogy at www.trilogysings.com.