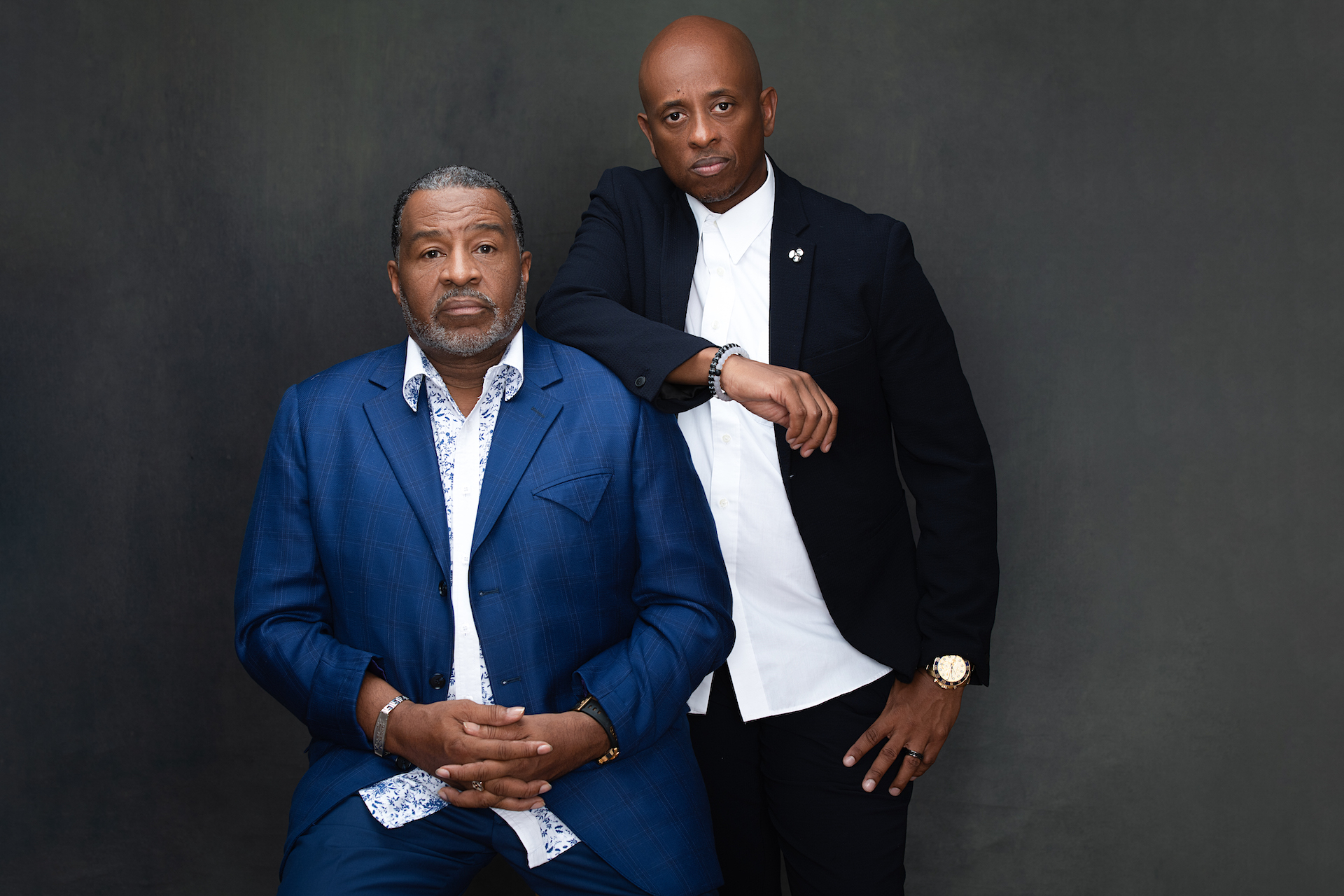 Apostle H. Daniel Wilson, Pastor of Valley Kingdom Ministries International (VKMI) in Chicago, and founder of the platinum-selling  group, Shekinah Glory Ministry, has launched a year-long transition that will welcome Ray Bady as the 5,000-member church’s new leader in 2022.  “I am not retiring,” says Apostle Wilson who has been the church’s pastor for 37 years. “So many only see two paths for pastors, either dying or retiring. Neither of these are on my radar just now. I will not take these gifts of God to the grave. This is not my end.  I’m just getting started.  Through Kingdom Entertainment Group, I’ll be creating film and  entertainment projects. There are more books to write,  more nations to minister in, and more revelations to release to the world.”

“Over the next year, I will talk, teach and impart everything that God has blessed me with over the  years,” Wilson says of  Pastor Bady, who began his career as a recording artist, and as a drummer for gospel stars such as Yolanda Adams and Marvin Sapp. “The first four months will be observational as Ray watches what we do,” Wilson says of what he calls #TheBluePrint which  can serve as a succession template for other ministries. “Then, the following four months will be participatory as he joins in, and the final months will be implementation as he takes the reins.”

“Most of my life, I’ve been on assignment to help build the Kingdom on earth as it is in Heaven,” says Bady, a Windy City native who’s currently a Youth Pastor at Windsor Village Church in Houston, Texas. “ I left Chicago, 16 years ago,” he recalls. “Apostle Wilson laid hands on me, to give me the apostolic go ahead to do the work I’ve been blessed to do for these past years in Texas. It is now time for my `next’ assignment, and that assignment is to come back to the city that raised me and live out what Jesus told Peter in the book of Luke, `Help strengthen my brothers.’”

VKMI is known throughout Chicagoland not only for its teaching and music ministry, but also for its community work. Its Hattie B. Williams Food Pantry has served over a million people over the last three decades. The church also has programs that raise money for educational scholarships and to help ex-offenders reacclimate to life after incarceration. The Cook County Department of Public Health has been hosting vaccination drives at the church on the weekends. “At the beginning of this pandemic, our team bought 50,000 masks and gave them out at police stations, fire stations, hospitals, and nursing homes,” Apostle Wilson says. “We donated other essentials such as gloves, sanitizer, and food too, to help people get through this rough time.”

VKMI is also known  throughout the world as the birthplace of the worship music ensemble, Shekinah Glory Ministry. For the last 20 years, they have been  hailed as pioneers of urban worship music with five R.I.A.A.  gold and platinum certifications for projects featuring signature songs such as “Praise is What I Do,” “Jesus,” and “Yes.”