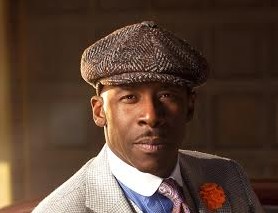 Debuting the new single “Amazing” with a smashing performance as the closing act on the 2014 Stellar Awards show earlier this year, Ricky Dillard & New G’s song “Amazing” showcases their signature gift of captivating melodies and lyrics that have driven fans worldwide to their performances and albums for the past 25 years.  Embraced by fans in eager anticipation of the new album, “Amazing” has continued to climb the singles chart, rising to #2 in Gospel Radio with its uplifting message extolling God’s amazing powers and love.  A sensational new work of spiritual contemplation and praise, the album’s 13 unforgettable tracks include standout messages on songs such as “Grace,” “Grateful” with Byron Cage, “Always There” with Le’Andria Johnson, “I Believe” with DeAndre Patterson, and “Higher,” that are sure to become new classics in Dillard’s seasoned canon of hit songs.

Ricky Dillard will cross the country with a slate of upcoming appearances, bringing the Amazing live album experience to fans beginning in his native Chicago on June 7th and 8th, then to New York on June 10th, Philadelphia on June 11th, and more.