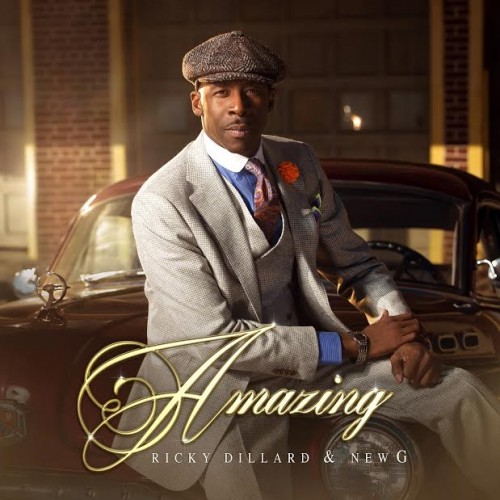 Ricky Dillard has enjoyed a triumphant, history-making year that will go down in record books both literally and figuratively. In June, Light Records released Dillard’s ninth album, AMAZING. The live set marks the 25th anniversary of his notable choir, the New Generation Chorale, and is a sonic masterpiece that has been at the top of the charts since its debut.

The album’s first single – the title track, “Amazing” – just became the longest running song at Gospel radio this decade, with a phenomenal 25 weeks in the #1 slot. This enormous accomplishment was instrumental in garnering Dillard a Grammy nomination for Best Gospel Album – his third nomination for a Grammy Award. Additionally, Ricky Dillard & New G is named as 2014’s Top Gospel Duo/Group in the year-end issue of Billboard Magazine (on stands December 12).

“This has been a mind blowing experience and season. I don’t think I’ve ever experienced this type of victory in my life. The journey has been wonderful and rewarding,” says a jubilant Dillard. “I have long awaited a number one song. Of course, it doesn’t feel good when you see God bless all your friends and you are still waiting your turn. My season has finally come!! This season has been rewarding, overwhelming, empowering and encouraging and it is a true celebration to still be here after two and half decades. This assignment in music has been really, really worth it all.”

Phil Thornton, Vice President and General Manager of Light Records, says: “Ricky Dillard is an electrifying and consummate minister of Gospel music who has been nothing short of consistent during his 25 years as an artist. It is an honor to enjoy this extraordinary moment with him and, on behalf of Light Records, I congratulate him for these well-deserved accolades.”

Check out Ricky Dillard and New G performing ‘Amazing’ at the 2014 Stellar Awards below: