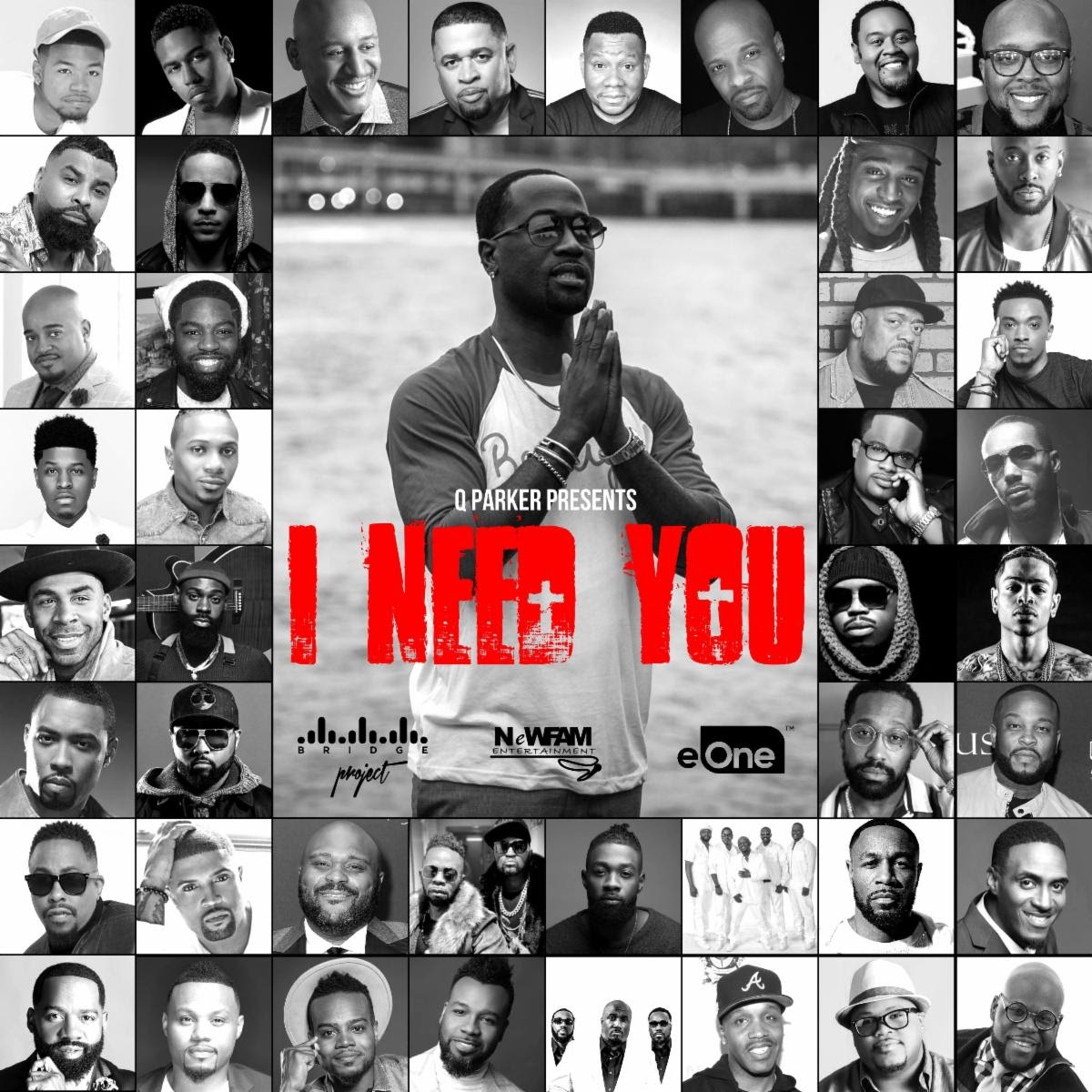 GRAMMY Award-winning singer/songwriter Q Parker releases his new single “I Need You” from his forthcoming album, The Bridge Project: Brothers United. The track serves as the forthcoming album’s second single, coming in right behind its lead single “Made For” featuring Q Parker, Avery Wilson, Deitrick Haddon, and Eric Dawkins. In light of the current political state of unrest, “I Need You” champions unity, humanity, community and brotherhood. The Bridge Project: Brothers United, a musical and visual project with a goal of unity, cultural advancement which bridges the gap in genres of mainstream and gospel, is slated for a fourth quarter 2020 release.
The Bridge Project: Brothers United’s power-packed mega second single, “I Need You,” features a host of Parker’s brothers: Tank, Jacques, Ginuwine, MAJOR., PJ Morton, Montell Jordan, John P. Kee, Todd Dulaney, Jonathan McReynolds, Travis Greene and Byron Cage.
Parker is best known as one-fourth of the GRAMMY Award-winning group 112 and has garnered many accolades since entering the music industry in 1996, including a GRAMMY award, an MTV Video Music Award, two multi-platinum albums, one platinum album and two gold albums. As an accomplished songwriter he has worked with a variety of chart-topping talent including Keyshia Cole, Pink, Faith Evans, P. Diddy, Mase, Notorious B.I.G., Mario Winans, New Edition, Kelly Price, Tyrese and more.
A proud parent and supporter of charitable causes, Q has lent his name, time and resources to Big Brothers Big Sisters of Atlanta and St. Jude Hospital. His foundation, the Q Parker Legacy Foundation (QPLF) has mission of using family engagement and social empowerment to strengthen families throughout the City of Atlanta to generate stronger communities; a stronger City; stronger foundations for greater good.
“44 Black men from gospel and mainstream came together to lead the effort of creating a body of work that I hope will help change outcomes for Black men in their communities psychologically, socially and mentally. My hope is that the mental strength of the Black men will be restored by relying the inner power of the collective” says Q Parker, Executive Producer of The Bridge Project.