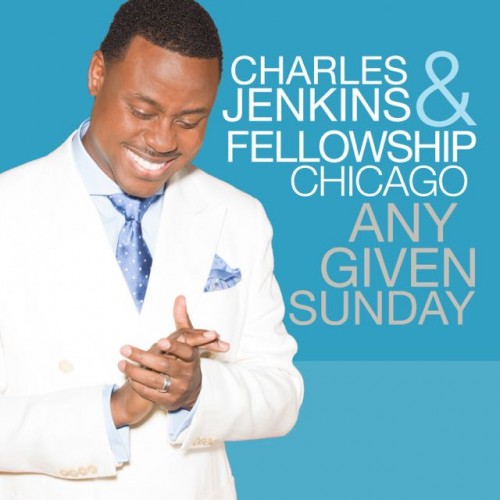 GRAMMY® Award-winning songwriter and recording artist Pastor Charles Jenkins is hitting the road with a “March Gladness” tour to promote his forthcoming sophomore album “Any Given Sunday” (Inspired People/Motown Gospel) that releases March 17th. Currently, Jenkins is riding high with the Top 5 Billboard Gospel Airplay chart smash “WAR.” The New Orleans Brass Band-flavored call-to-action is a follow-up to 2013’s #1 smash “Awesome” which spent 22 amazing weeks atop Billboard’s Hot Gospel Songs chart and was cited as one of the Top Ten most played gospel songs of the year by Broadcast Music, Inc. (BMI).

The gladness tour launches this Wednesday, March 4th in New York City with a string of media visits, personal appearances and will close with Pastor Jenkins hosting the official invitation-only after party following the 30th Anniversary Stellar Awards television taping on Saturday, March 28th at the Orleans Arena in Las Vegas, NV.

“War is a victory anthem, fight song, and an inspirational prayer,” says Pastor Jenkins. “I believe everyone is fighting for victory in one way or another every day.  Sometimes life is like a boxing ring and Satan brings new and often multiple opponents into our lives. This song is a reminder of who you are, whose you are, and calls on your faith, strength, and hope in God. It is a reminder not to settle for defeat when victory is an option.” Chicago’s Spin Artist firm just cut a slick “WAR” music video that begins rotating on Aspire TV, Centric TV and other televised video outlets this month.