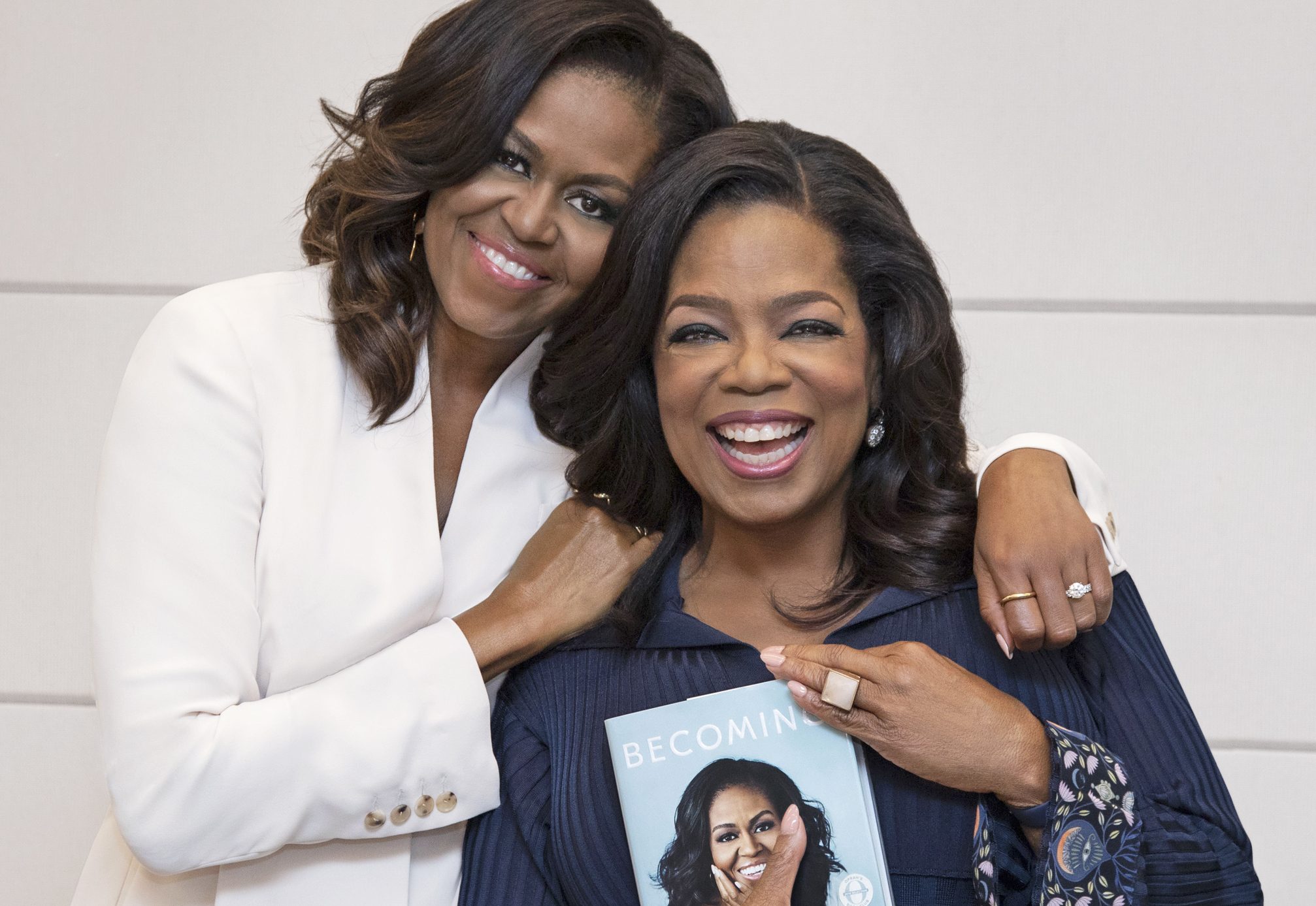 OWN: Oprah Winfrey Network and Hearst Magazines announced today that Oprah Winfrey’s in-depth conversation with Michelle Obama about her new memoir Becoming will air as a primetime special “Oprah Winfrey Presents:  Becoming Michelle Obama” on Thursday, November 15 at 8:00 PT/ET on OWN, with an extended unedited version available on “Oprah’s SuperSoul Conversations” podcast starting the same day, with part two available on November 19. In addition, the full interview will be streamed on Oprah’s Facebook on Sunday, November 18 at 11:00 am ET/PT. The interview will also be featured in O, The Oprah Magazine on newsstands November 20, with behind-the-scenes content available on Oprahmag.com as well as globally across multiple Hearst Magazines’ titles, including the December cover of ELLE.

O, The Oprah Magazine and OWN also announced today that it has chosen Obama’s book as its newest Oprah’s Book Club selection. Becoming by Michelle Obama is the deeply personal reckoning of a woman of soul and substance who has steadily defied expectations, and whose story inspires us to do the same. Becoming will be published in the United States and Canada on Tuesday, November 13 by Crown Publishing, a part of Penguin Random House. The book is being published globally in 31 languages.

O, The Oprah Magazine highlights the new book club selection in the December issue on newsstands November 20. OprahMag.com is posting an exclusive excerpt of the book, and readers can watch a message from Oprah about this new selection along with exclusive excerpts of the sit-down interviewat Oprah.com/oprahsbookclub. Print, digital and Audible versions of Becomingare available for purchase on Amazon.com/oprahsbookclub and wherever books are sold, including All Amazon Books and Amazon 4-star locations.

Oprah Winfrey and Michelle Obama sat down for a conversation about Mrs. Obama’s much-anticipated, upcoming memoir “Becoming” at Hearst Tower in New York City. The two spoke in front of an audience that included a group of local, female high school students. The former First Lady, mother, wife, attorney and author discusses the life experiences that have shaped her. She reminisces about her humble childhood on the South Side of Chicago with her family she describes as “four corners of a square”: her mother Marian, her late father Fraser and her brother Craig. Mrs. Obama explains how her parents invested everything they had into her and her brother’s future. She discusses her years as an attorney and executive in Chicago and how she worked to balance the demands of her career and raising two daughters.  Mrs. Obama candidly discusses some of the challenges she and Barack Obama faced during the early years of their marriage, including a stint in counseling.  She also opens up about her years in the White House and the pressure of being the “first black family” to live there.

In a life filled with meaning and accomplishment, Michelle Obama has emerged as one of the most iconic and compelling women of our era.  As First Lady of the United States of America – the First African-American to serve in that role – she helped create the most welcoming and inclusive White House in history, while also establishing herself as a powerful advocate for women and girls in the U.S. and around the world, dramatically changing the way that families pursue healthier and more active lives, and standing with her husband as he led America through some of its most harrowing moments. Along the way, she showed us a few dance moves, crushed Carpool Karaoke, and raised two down-to-earth daughters under an unforgiving media glare.

In her memoir, a work of deep reflection and mesmerizing storytelling, Michelle Obama invites readers into her world, chronicling the experiences that have shaped her – from her childhood on the South Side of Chicago to her years as an executive balancing motherhood and work, to her time spent at the world’s most famous address. With unerring honesty and lively wit, she describes her triumphs and her disappointments, both public and private, telling her full story as she has lived it – in her own words and on her own terms.  Warm, wise, and revelatory, Becoming is the deeply personal reckoning of a woman of soul and substance who has steadily defied expectations – and whose story inspires us to do the same.