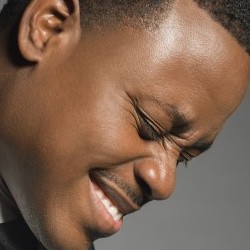 “WAR is a victory anthem, fight song, and an inspirational prayer,” says Jenkins of the festive track that boasts a New Orleans Brass band marching rhythm. “I believe everyone is fighting for victory in one way or another every day.  Sometimes life is like a boxing ring and Satan brings new and often multiple opponents into our lives. This song is a reminder of who you are, whose you are, and calls on your faith, strength, and hope in God. It is a reminder not to settle for defeat when victory is an option.”

An established Grammy® Award-winning songwriter and pastor of the 8,000-member Fellowship Chicago church, Pastor Jenkins burst into the national spotlight when he and the Fellowship Chicago choir’s radio debut “Awesome” topped Billboard Magazine’s Hot Gospel Songs chart for 22 weeks in 2012.  It won a BMI Award in 2014 for over 50,000 lifetime radio spins. The album “Best of Both Worlds” debuted at #1 on Billboard’s Gospel Album sales chart and also featured the Top 30 hit, “I Will Live.” For more information, log on at www.inspiredpeople.music.net.