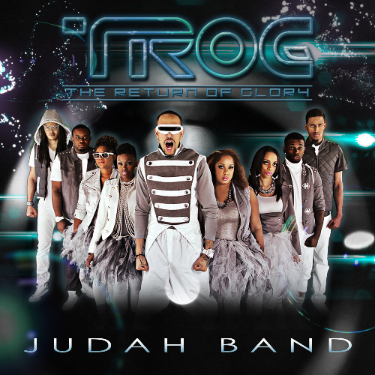 Praises have been going forth all year from the new Gospel group, Judah Band, who have recently been signed to Xist Music, a division of Malaco Music Group and a new management firm, Media Concept Solutions.

Affectionately known as “JB”, Judah Band is the first band to be signed to Xist Music. Judah Band’s global blend of Gospel, Rock, Pop and Classical music has definitely set the stage for their music to transcend genres and time.

Sending up praises comes naturally for this band, who understand the power of prayer, praise and unity.  Judah Band’s unique vision is heard loud by those who encounter their music, testimony and vibrant energy.

An overwhelming number of reviews have already poured in about their current single, “Up and Praise Em” as seen on The Word Network’s Lexi Show.

This confident and well-rounded band, hail from Indianapolis and has performed it’s fresh and trend-setting sound in several states and also launched their first tour,“Will Rock for God Tour” in the summer of 2014.

Judah Band’s unique vocals, instrumentation and overall sound are the brainchild of the group’s founder, G. Randy Weston. A producer, songwriter and singer in his own right, G. Randy Weston leads the group without compromising their mission of honoring God with all their musical gifts.

Judah Band is looking forward to a great future with the Xist Music family and excited about the release of their upcoming project “The Return of Glory” in 2015.

Xist Music CEO, T. Black, expressed his excitement about signing Judah Band and sharing their music with the world: “I am truly excited about JUDAH BAND, they are not like anything we’ve seen in a long time” says T. Black, Xist Music CEO. They are just fresh! Their debut album “THE RETURN OF GLORY” was executive produced by Xist Music’s newest 3rd owner, John Weston and will be released early 2015.”

Judah Band is currently preparing for the release of “The Return of Glory” and fans can look forward to frequent updates about their dates and journey.