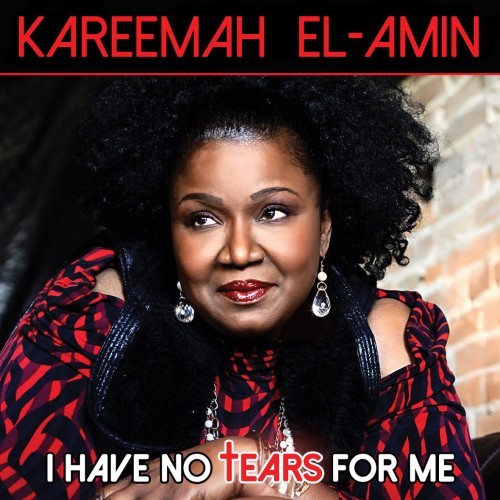 New artist Kareemah El-Amin’s , debut independent digital album “I Have No Tears for Me,” is hugely popular, gaining praise and recognition from radio stations, listeners and faith-based audiences around the world. Now mainstream reviewers, such as Huffington Post reviewer Ernest Owens said, “In her remarkable debut album, I Have No Tears for Me, Kareemah proves that gospel music can be more than just a testimony from a troubled past.” He went on to say,“What makes the album compelling is its ability to incorporate various cultural and genre influences through scripture, into incredible lyricism and sound.”

A Michigan native and former Muslim who converted to Christianity, has said her new EP/CD and her rising new single, “Walkin’ In Heaven”, is receiving an amazing response. The EP/CD, launched on March 14, and is available to download on iTunes. The song is currently on heavy rotation on the Synergy1Radio Network, Hot 3:16, SOGN, and HGS Radio.

“I’m hearing from people every day in emails, tweets and phone calls about how these songs are changing people’s lives,” said El-Amin, who converted to Christianity three years ago. “We are now on over 65 stations around the world. We are being played in several countries -Africa, Japan, Norway, Australia, United Kingdom, South Africa, in the states we are on radio stations in, Illinois, Ohio, Mississippi, Michigan, Indiana, South Carolina, Alabama, Texas, New York, Maryland, and Washington D.C.”

El-Amin’s music is the result of a collaboration with Stellar Award-winning composer Matthew Brownie of Minstrel Productions, who is the co-writer of the hit song, “Never Would Have Made It,” by Marvin Sapp. Songwriter and Christian artistCarmen Calhoun, sings along with her in the upbeat, “Walking In Heaven.” Dave Carlock of 27 Sounds, who is a Grammy Award winning engineer, rounds out her all-star team.

The new music offers rich, melodic inspirational messages, drawing off El-Amin’sstrong faith and background as a singer, songwriter, author, playwright, filmmaker, and radio host. Already, her single, “Walkin’ in Heaven”, has received critical praise from radio stations and gospel music fans around the country and internationally. In the months ahead, she will be traveling around the country sharing her music – and her gospel.