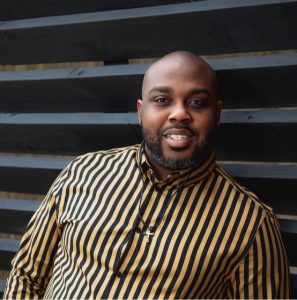 Byron Harvey is a singer and songwriter who is known for his robust vocals and vibrant praise.  Byron developed his skills as a youngster in his family choir, in Nashville’s MET Honors Choir, in the Nashville Children’s Theatre and at Nashville School for the Arts.  He ventured further in music by obtaining his B.S. in Music from Tennessee State University and by singing with the popular ensemble Nate Bean & 4Given.  His discography includes two independent projects MILLENNIAL FAITH – EP (2016) and MILLENNIAL FAITH 2: A DYING MAN (2018).

Byron has now assembled a collective of anointed, talented and fervent Nashville based singers to form a new ensemble called BYRON HARVEY AND TEAM.

“I started Byron Harvey and Team because I believe in the community and the power of collaboration,”  Byron shares.  “I believe God connects people to support and invest in one another. So, I got together with a  couple of friends and we did just that – became a TEAM!”

The ensemble recorded a live album in the fall of 2019 and have released the first single from that recording – “He Will Restore”.

Listen To “He Will Restore” 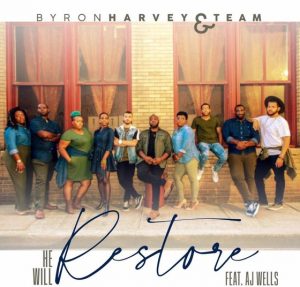 “He Will Restore is an anthem of hope and a song to sing in the midst of any decaying or fleeting situation,” says Byron.  “God will give back whatever you were purposed to have.  This song is a testimony of his restoring power.”

As a singer, songwriter and a licensed and ordained minister of the Gospel, Byron seeks to be a light to the world around him and purposes himself in spreading a message of love, hope, conviction, and salvation.

Get to know, chat with and follow the team on the Byron Harvey and Team Facebook page – facebook.com/bharveymusic.