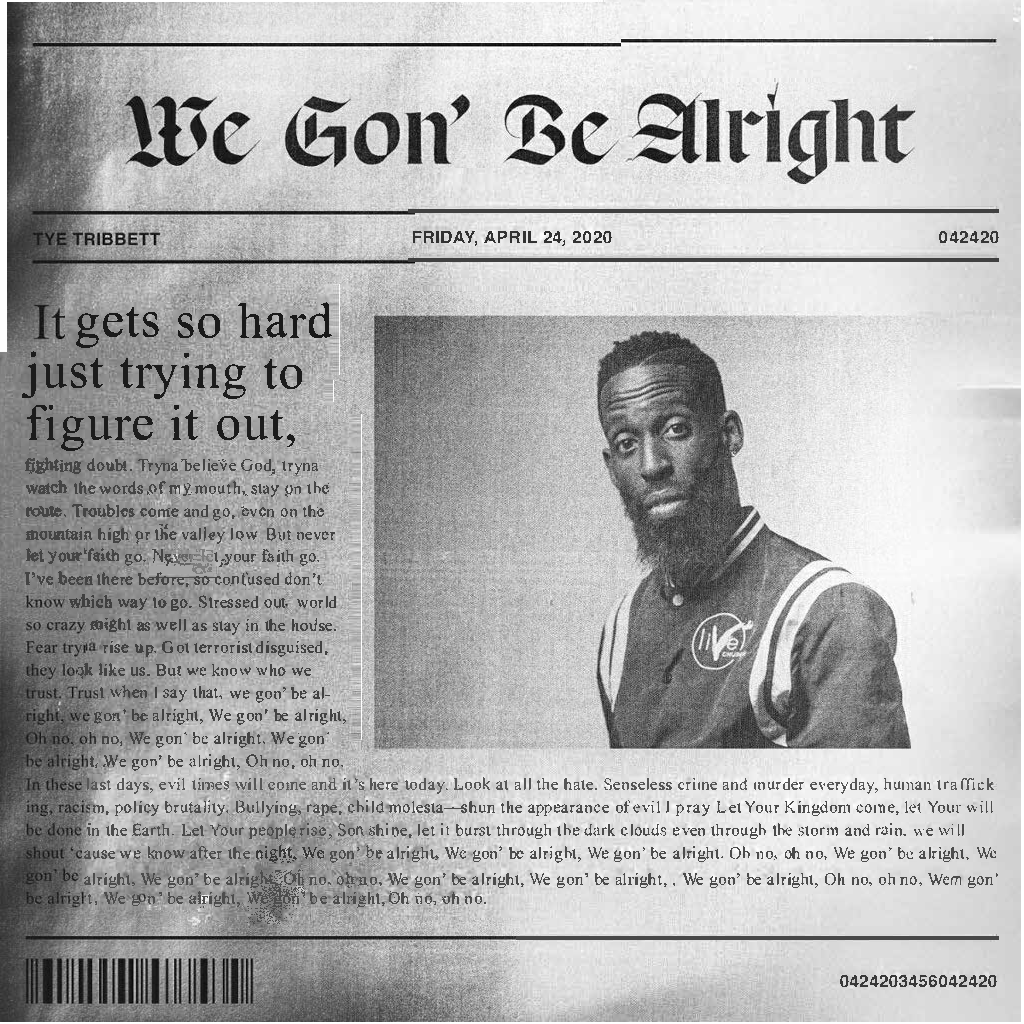 “We Gon’ Be Alright” is an uplifting powerful declaration of positivity in light of the tragic pandemic still gripping the nation. The Associated Press declared “Tye Tribbett has fused Kendrick Lamar’s hit song “Alright” into a new tune to send a message to people during the coronavirus pandemic: We are going to be all right.” And it listed the song in its “40 songs about the coronavirus pandemic” playlist. “We Gon’ Be Alright,” is available now .

View the lyric video for “We Gon’ Be Alright”

Tye joyously says, “Every time I play the song in my house, my family rushes to dance together and celebrate, even during this pandemic! My prayer is that this song does the same for your house or wherever this song is heard as we hope in the promises of a God who has never failed.”

“Tye Tribbett is undeniably one of the most prolific and relevant artists in faith-based music,” shares EJ Gaines, Co-Executive Director, Motown Gospel. “He consistently makes music that gives voice to our collective stories, without compromising the message or the truth of the Gospel.”