Multi-GRAMMY winner Israel Houghton/”Chasing Me Down” rises in Top 20! 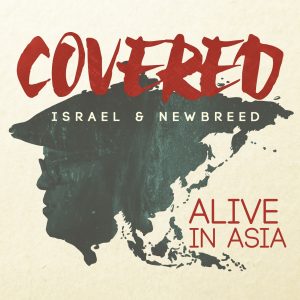 This week, “Chasing Me Down,” the latest single from multi-GRAMMY® Award, Stellar and Dove Award winning recording artist, Israel Houghton, broke into the Top 20 onBillboard’s Gospel Airplay chart. The song, which features fellow award-winning inspirational artist, Tye Tribbett, is currently at #17 on the airplay chart and steadily climbing.

“Chasing Me Down,” an up-tempo praise and worship anthem, is the third single from Israel Houghton & New Breed’s  Grammy Award-winning album, COVERED…ALIVE IN ASIA (July 24, 2015). The album, which is Houghton’s tenth with New Breed, was recorded live in cities across the continent of Asia including, Jakarta, Indonesia, Kuala Lumpur, Seoul, Korea, Tokyo and Manila.

Israel Houghton is prolific worship leader, musician, songwriter, producer and recording artist. His music ministry has spanned over 22 years.  Houghton is the recipient of six Grammy-Awards, 13 Dove Awards, 2 Stellar Awards, a Soul Train Music Award and many more. In 1995, Houghton formed New Breed Ministries that gave way to his debut releases in 1997 Whisper It Loud, and Way of the World. Since that time Houghton has released twelve solo and group CDs and has consistently been a commercial success with Billboard chart toppers New Season, Power of One, and Jesus At The Center. He achieved Gold-selling albums with Alive in South Africa, and Live From Another Level.