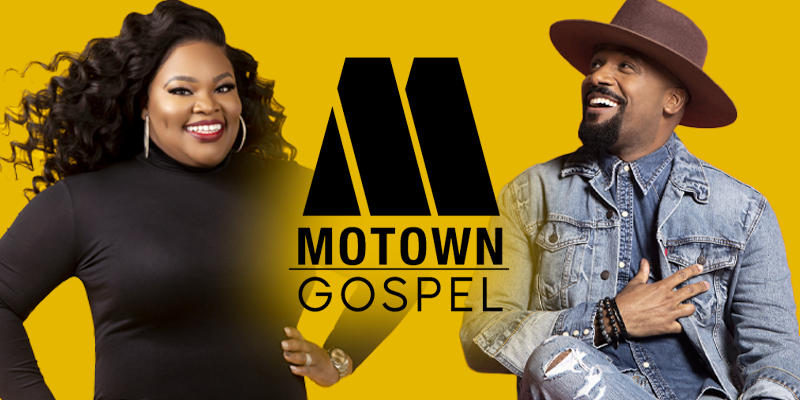 Motown Gospel joins the music community in celebrating nominations for two of its artists—Tasha Cobbs Leonard and Gene Moore—in the 62nd Annual GRAMMY® Awards.
GRAMMY® winner Tasha Cobbs Leonard earns her fourth nomination for her worship anthem, “This Is A Move (Live),” in the Best Gospel Performance/Song Category. The single, released earlier this year, was co-written by Cobbs Leonard, along with Brandon Lake, Tony Brown and Nate Moore.
Emerging gospel soul singer Gene Moore also earns his first GRAMMY® nod for his sophomore album,Tunnel Vision, which was released in August of this year. The project’s lead single, “Won’t Be Moved,” (co-written by BJ the Chicago Kid and Cedric “Ced” Smith) continues to climb the radio charts, with Moore recently wrapping his participation on two legs of India.Arie’s Worthy Tour and labelmate Brian Courtney Wilson’s Just B(e) Tour.
“We are thrilled to celebrate another GRAMMY® nomination for Tasha Cobbs Leonard, and the first-ever nomination for Gene Moore,” shares EJ Gaines, Co-Executive Director, Motown Gospel. “We get to partner with some of the greatest artists in the industry, and it’s always special when their music is honored by the Recording Academy.”
The 62nd Annual GRAMMY Awards will air live on CBS on Sunday, January 26, 2020 from Staples Center in Los Angeles, CA.