Micah Stampley’s Forthcoming Album, ‘To the King…Vertical Worship’ Available for Pre-order on iTunes and Amazon 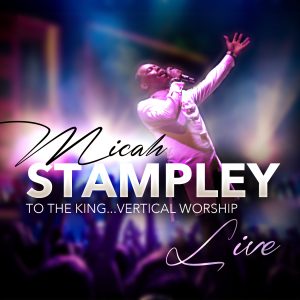 Interface Entertainment recording artist and international worship leader Micah Stampley’s forthcoming live CD/DVD recording, To the King…Vertical Worship, scheduled for release on May 20, 2016 is available for pre-order on iTunes and Amazon. The new project is distributed by eOne. Pre-order To the King… Vertical Worship for $7.99 on iTunes and get the live version of Stampley’s new single, “Be Lifted” instantly: https://itunes.apple.com/us/album/to-king…vertical-worship/id1098383367?ls=1. Pre-order on Amazon: http://amzn.to/1TkU7dB.

The new single, “Be Lifted” continues to climb Billboard’s Gospel National Airplay Top 30 chart. “Be Lifted” is named one of the top hot new songs in 2016 by BlackGospel.com.

Lyric Video of “Be Lifted”

iTunes Link of “Be Lifted”