Meet The Cast of Oxygen’s New Series, “Preachers of Detroit” 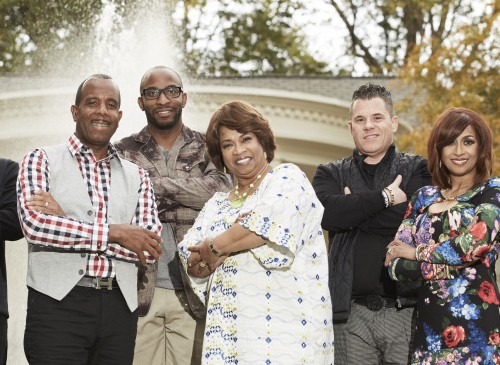 Oxygen Media expands the network’s popular franchise and heads to Motown with the season premiere of “Preachers Detroit,” on Wednesday, February 18 at 10 PM ET/PT.  The series focuses on powerful themes of faith, family, and friendship as these seven men and women of the cloth share their lives, transformations and triumphs in and out of the pulpit in Detroit, Michigan.

“Preachers of Detroit” showcases the unique perspective of men and women of God in their places of faith as well as throughout their lives outside of the church. From the challenges of being a woman bishop in a field that is dominated by men to keeping faith alive in a city that has faced tremendous hardship, these pastors are strong and resilient individuals who are not afraid to push boundaries in their communities.

Meet the Cast of “Preacher of Detroit” Below:

As one of the most respected and authoritative figures in the religious community, Bishop Charles H. Ellis III serves as the Senior Pastor of Greater Grace Temple where he ministers to a congregation of over 6,500 people in Detroit, Michigan. Admired across the country, and beyond, his world-renowned church has hosted a number of historical events and services including the funeral of civil rights icon Rosa Parks.  Bishop Ellis is most known for his masterful illustrated sermons of which one entitled, “A Hybrid Hope” was featured on the front page of both the Wall Street Journal and New York Times.  Bishop Ellis was also asked to give the local eulogy for Michael Jackson at a memorial ceremony held at the Motown Historical Museum.

Through his innovative approach to ministry, Bishop Ellis is helping to transform the lives of thousands of Detroiters.  Beyond his dedication to his church and city, Bishop Ellis is also the husband of First Lady Crisette and father to Kiera, and Charles IV.

One of the world’s most prominent women of faith, Bishop Corletta Vaughn shattered the stained glass ceiling of the church world when she became a female preacher against her Baptist church’s strict rules and has been dedicated to the cloth for over 40 years. She is currently the Senior Pastor of The Holy Ghost Cathedral and Chief Apostle to Go Tell It Evangelistic Ministry Worldwide. Her network provides oversight to 70 churches nationally and more than 1300 ministries globally.

While Bishop Vaughn has broken gender barriers with her fiery approach to the Bible, establishing a work/life balance has always been a struggle. Married to Dr. Gilbert Vaughn, president of the Hertford NC NAACP, they have four grown children and five grandchildren. A true power couple and constantly on the go, they face challenges with their bi-coastal living arrangement and must find a way to cherish their marriage more.

A Detroit native, Pastor Tim Alden recently expanded his ministry back to his hometown from LA where he ministers at the City of Praise Christian Church. Still a virgin and in his early fifties, at one time he felt that his special brand of ministry – preaching abstinence and purity – was better suited for California, however, he recently felt compelled to return to Detroit in hopes of influencing positive change in the community.

Pastor Alden’s homecoming has not been completely smooth sailing though as he is confronted with painful memories of neglect and abandonment by his biological family. Fortunately, Pastor Alden was adopted later in life by an African American family who has been instrumental in building his faith and largely influenced his decision to become a preacher. In what evolves into a personal journey going back to his roots, Pastor Alden is in search of opportunities to reach the people who could benefit from help most. He sets out on a mission to make church more accessible to those in need, which inspires him to develop a pop-up church in Detroit with the support of his adoptive family.

An activist throughout the city of Detroit, Pastor David Bullock has an outspoken, engaging personality that has established himself as a media sensation with a loyal fan base. Relishing in his reputation and driven by a sense of purpose, he is known for having a Bible in one hand and a bullhorn in the other. Although he plans to run for office in hopes of making substantial changes to the city, Pastor Bullock’s first love is practicing ministry as the leader of the Greater St. Matthew Baptist Church.

Not afraid to speak his mind, Pastor Bullock’s name has often been seen in the news for organizing sit-ins, marches, and political rallies. He always puts his work first and spends much of his time reading and educating himself. Pastor Bullock is a philosopher, musician and currently an eligible bachelor.

Called to salvation at the age of twenty, Bishop-Elect Clarence Langston is currently the Founder and Senior Pastor of Word in Action Christian Center in Detroit, Michigan. Bishop-Elect Langston is joined in ministry by his wife, Co-Pastor Robyn Langston, and their three children.

Not afraid to be brutally honest, Bishop-Elect Langston has a controversial approach to the gospel and being such an upstart young Bishop, he has come to realize that all eyes are watching as he pursues his journey to the top. Putting more pressure on himself than ever, Bishop-Elect Langston is working towards building a new church complex while trying to juggle all aspects of his life. Can he put the exterior pressures behind him, step-up and prove that this is truly his life’s calling?

Pastor Don William Shelby Jr. and wife, Bonita Shelby, founded his congregation Burning Bush International Ministries Church of God in Christ over twenty years ago. Setting sights on the music world as well, Pastor Shelby created a label for his family’s gospel group, “The Shelby 5,” comprised of the couple’s five children. All between the ages 15-24, the Shelby kids are pure Christians who are expected to live under their parent’s roof and save themselves until marriage, but with the budding success of their group, they must continue to resist the temptations that come with their recognition.

In addition to cultivating his three church locations, Pastor Shelby is currently working on yet another project – building a state-of-the-art mega-church. Between juggling his ministries, the family singing career, the church’s renowned gospel choir and the recent development project, Pastor Shelby is faced with the challenge of being spread very thin with all of his endeavors.

Three-time Grammy Award-winner Evangelist Dorinda Clark-Cole has been juggling a busy schedule for the past twenty years.  Ministering both nationally and internationally, she serves as an administrator at the Greater Emmanuel Institutional Church of God in Christ under the leadership of Bishop J. Drew Sheard.

A wife and mother, Evangelist Clark-Cole has had the honor of performing solo for First Lady Michelle Obama. In addition to her personal music career, she also records and performs as a part of the legendary Grammy Award-winning gospel group, The Clark Sisters.  Her busy slate has expanded even further to include hosting “Gospel According to Dorinda” on the Word Network, hosting the syndicated radio show “Dorinda Clark Cole Radio Show,” hosting TCT’s “Dorinda Show” and “Celebrate Live,” and she also has her own clothing line, The Rose Collection. Often described as a workaholic, Evangelist Clark-Cole is the primary source of financial income for her family.  She is often spread thin with so much on her plate, but has made it a priority to work on her relationship with her daughter Nikki and take more time for herself. 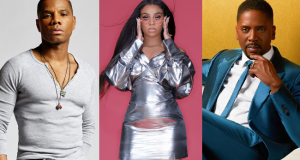 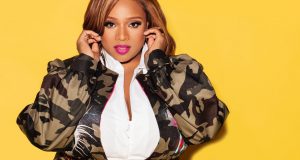