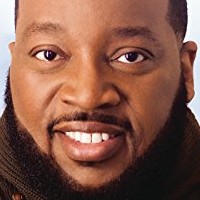 Gospel music superstar Marvin Sapp delivers a smashing debut with the release of his latest album, YOU SHALL LIVE, entering at #1 on the Gospel and Christian Sales Chart.  Garnering his fourth #1 album debut, the 10th solo album from the GRAMMY® nominated, 22-time Stellar Award-winning singer-songwriter, author and pastor was released on June 2nd to critical and fan acclaim—praising the album’s uplifting declarations, powerhouse vocals and sound.

Featuring the hit single “Yes You Can,” which is currently #6 and climbing on the Mediabase Gospel Chart, Sapp teams up again with longtime producer Aaron Lindsey to create a winning combination of exuberant anthems, contemplative tunes and unforgettable melodies that drive home a powerful message of triumph.  With songs such as “Live,” “Thank You for the Cross,” “Beloved” and more, the 11-track offering inspires listeners to find strength through faith and to believe God will deliver us from life’s storms.

“I am humble that so many still believe in the practical musical message that my team and I have shared over the years,” said Marvin Sapp. “It’s been four years since my last album and the response has been great.  Words can’t express the appreciation that I feel!”

Catch Marvin Sapp at the upcoming Essence Festival as he speaks at the Essence Empowerment Experience on Friday July 3rd, as well as preaching at his Lighthouse Full Life Center Church in Grand Rapids, and other speaking and performance dates around the country.

Check out our recent interview with Marvin Sapp below:

YOU SHALL LIVE is available in-stores now and online at major retailers.