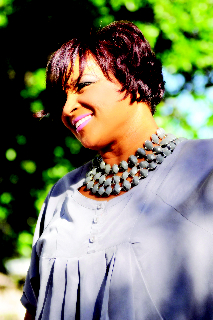 Lisa Page Brooks re-signs with current label home, Habakkuk Music.  Under this new deal the label will release an all new studio album, scheduled for release in early 2012.

Lisa Page Brooks’ relationship with Habakkuk Music has been a great one. She was able to achieve career milestones, while also making a positive impact with her community outreach efforts.

While signed to Habakkuk Music, Brooks earned her first #1 single on the Billboard Gospel songs chart with “I Want To Say Thank You,” from the albumSTRONG. This album also included “God Is Good,”which gained a Top 15 placement on both the Billboard and Mediabase gospel charts.  Brooks also received her first ever Soul Train Music Award nomination for the 2011 Best Gospel Performance award as well as two 2011 Stellar Award nominations.

Lisa Page Brooks and Habakkuk Music share a unified mission to reach people to offer God’s Love, Salvation and encouragement.  Under this partnership they joined forces to feed the homeless, inspire women and support various causes.

As a founding member of the beloved group, Witness, and as a solo artist Brooks’ deep alto voice distinguishes her signature sound and makes her a staple in Gospel music.  Lisa has accumulated multiple Grammy nominations, Dove Awards and a Stellar Gospel Music Award.

Habakkuk Music is excited about the partnership with Lisa Page Brooks and will kick off the renewal with brand new music.  A new radio single will be serviced in October 2011 and an album entitled “Habakkuk Music Presents: Forgotten Treasures: Lisa Page Brooks — A Collection of Previously Released Favorites.”