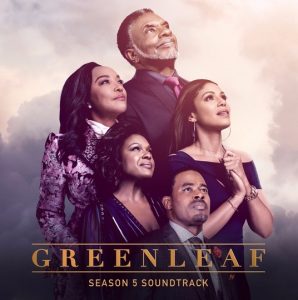 Lionsgate’s hit megachurch drama Greenleaf will premiere its fifth and final season on Tuesday, June 23 at 9 p.m. ET/PT on OWN: The Oprah Winfrey Network.  Since 2016, the hit series has followed the Memphis, TN based Greenleaf family through their spiritual highs and scandalous lows.

Greenleaf has become one of the most popular scripted shows among Black viewers who have become enthralled with the family challenges and ongoing church business dilemmas that plague the characters.  The Greenleaf soundtracks have also captured the attention of fans as each episode is filled with a brilliant flow of Urban Inspirational and Gospel music that creates the ultimate experience for viewers.
Legendary Gospel singer Lady Tramaine Hawkins has re-recorded her classic hit “Goin’ Up Yonder” for the GREENLEAF SEASON FIVE SOUNDTRACK.  “Goin’ Up Yonder” is written by Gospel icon the late Walter Hawkins and was first released with Lady Tramaine’s vocals in 1975 on the LOVE ALIVE album.

“It’s been very exciting participating in the new arrangement of the Gospel classic Goin’ Up Yonder for the last season of the hit series Greenleaf,” Lady Tramaine states.  “More essentially – having the opportunity, through song, to comfort and lift up all those who have been so devastated by COVID-19 and police violence. Thy Kingdom come, on earth as it is in Heaven.”

Originally recorded 45 years ago, “Goin’ Up Yonder” has remained relevant in current culture and Tramaine’s pure tones soulfully resonate on this new version of the track.  The Gospel Music Hall of Fame and Stellar Honors Hall of Fame inductee continues to uphold her iconic status and is set to receive the 35th Annual Stellar Awards “Aretha Franklin Icon Award” this year.

Lionsgate and OWN commissioned Tank Thornton to produce the contemporary rendition of “Goin’ Up Yonder” to celebrate the final season.  The single is available now on all digital music outlets. 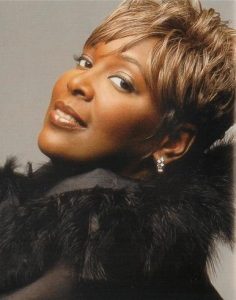 “This is an iconic song.  We have such a talented cast and crew that we were so lucky to work with on this new version, and there is no better time than right now to put out something this spiritual and uplifting,” says  Thornton.  “We need a song like this in the world right now.”
Greenleaf musical director Tank Thornton also assembled an all-star virtual choir to join Lady Tramaine in a special video performance of the song.  Koryn Hawthorne, Erica Campbell (of Mary Mary), Merle Dandridge, Keith David, and Deborah Joy Winans unite for a virtual performance of “Goin’ Up Yonder” that releases today on YouTube.
“We were able to bring this choir together responsibly, with social distancing, and the teamwork has been incredible to watch,” Thornton explains.  “It’s been amazing to quarterback this project.  It couldn’t be a better day than Juneteenth to release this video and song as a celebration.”
Fans can stream “Goin’ Up Yonder” and the many hits from Greenleaf on the Official Greenleaf Music Playlist on Spotify or Apple Music.
Listen To The Official Greenleaf Music Playlist: www.greenleafplaylist.com
Greenleaf is produced for OWN by Lionsgate in association with Harpo Films and Pine City.  Executive producers are Oprah Winfrey, Craig Wright, and Clement Virgo.
Advertisements