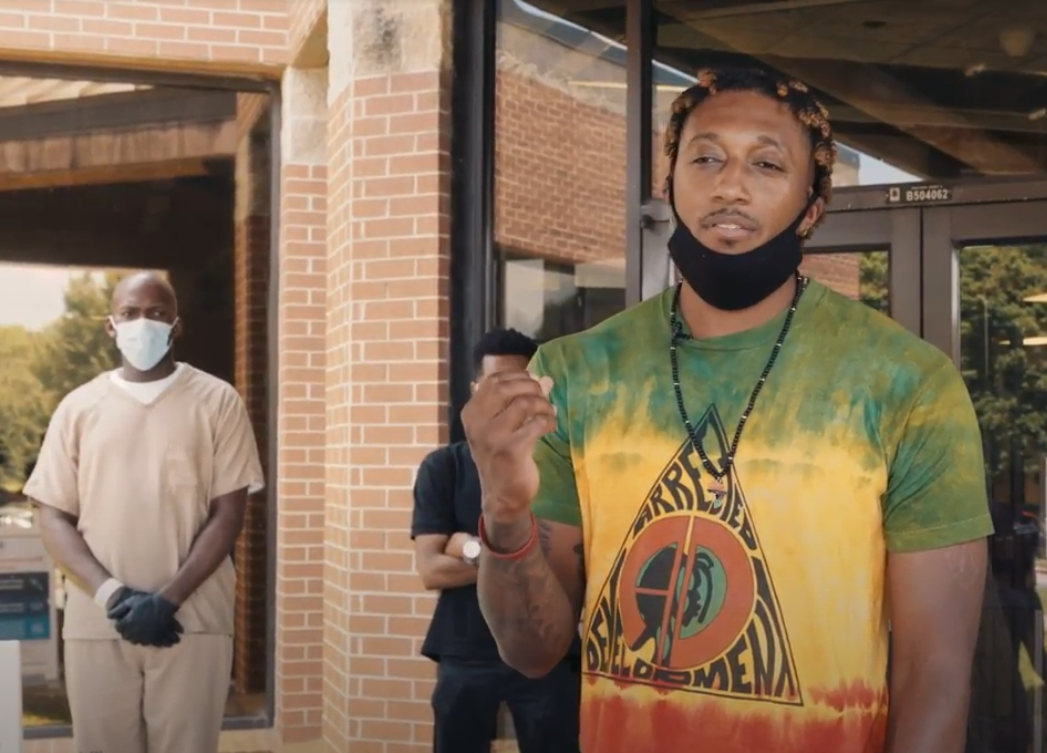 Prison Fellowship®, the nation’s largest Christian nonprofit serving prisoners, former prisoners, and their families, is partnering with Grammy Award-winning multi-platinum artist Lecrae to present a HOPE event, the first prison to be scheduled since the Covid-19 pandemic began. On Friday, September 11th beginning at 5:30 pm, Lecrae will join Prison Fellowship and opening act, The Birdsongs, a Christian rock band, for a two-hour event intended to bring hope and restoration to men incarcerated at St. Clair Prison in Springville, AL. The HOPE event will feature live performances from The Birdsongs, Lecrae, and conclude around 7:30pm with an impactful conversation with the men who will view the event from a safe distance.

“We are thrilled to have Lecrae and Birdsongs join us and perform for our first HOPE event since this coronavirus pandemic began,” said James Ackerman, President, and CEO of Prison Fellowship. “Their God-given talents come at a perfect time for these men after losing many critical in-prison services and visitation, due to the COVID-19 outbreak. Not only will Lecrae perform for the men, but he’s also taking the time to talk with them about God’s incredible transforming power. For those who desire a second chance at life, we know that God will use Lecrae to restore them in a powerful way.”

Honoring the biblical verse Matthew 20:16, “the last will be first, and the first will be last,” this is not the first time Lecrae has partnered with Prison Fellowship Ministry (PFM). In fact, he has a history of connecting his music and message with prisons. “When Anomaly dropped and was the #1 album in the country, our first stop on the tour was Riker’s Island and LA County Jail because I wanted the people in prison to understand that they were not forgotten. I remember the impact of those visits not just on them, but on me! Prison Fellowship and I have the same mission, to restore a sense of value, worth, meaning, and purpose to the lives of those who feel hopeless. I want everyone to know that restoration is possible. You are never too far gone, with God, change is always possible!”

He also recently partnered with PFM on Mother’s Day 2020 as part of a compassionate release campaign to raise awareness about the tragic death of Andrea High Bear, the first woman to die of COVID-19 in the Bureau of Prisons, and to urge followers to take action to ensure this never happens again. Bear passed away after giving birth while on a ventilator. Lecrae posted a video message to his followers, educating them on the issue and encouraging them to take action. As a result, nearly 600 advocates sent over 2,000 letters to the President and their federal lawmakers urging them to include measures to prevent and respond to COVID-19 outbreaks in corrections facilities and to ensure those with a criminal record have access to reentry services.

This Mother’s Day, Help me, in partnership with @prisonfellowshp and @JusticeReform remember Andrea Circle Bear, a mother, sister, and daughter by bringing #Restoration to Mothers behind bars. pic.twitter.com/oMmhC8DAxu

Lecrae released his new album, Restoration, to prisons nationwide through J-Pay a week before it was available to the general public. He will also be distributing 5,000 Free copies of his forthcoming book, I Am Restored: How I Lost My Religion, But Gained My Faith, to people in the system. As part of his “Masks For The People” partnership with Live Free USA, Lecrae raised funds for over 70,000 masks to be distributed throughout the prison system, to essential workers, and correction officers. A quantity of the PPE has been set aside for families when visitation restrictions are lifted.

A multi Grammy award-winning platinum selling artist, Lecrae has evolved into a New York Times best-selling author, entrepreneur, speaker, thought leader, philanthropist, and co-owner/President of Reach Records. He is part of the new wave of thought leaders who are engaging the culture and taking Jesus out of the pulpits into the wider world in hopes of restoring faith. “I am a hip-hop artist who happens to be Christian, believes in God, and follows the teachings of Jesus, but my music is created for all! There is so much on the horizon. I’m literally just getting started.” His nine studio albums and multiple mixtapes are now nearing the two million mark in sales, with the acclaimed artist winning two Grammy Awards, eight Dove Awards, a Billboard Music Award, multiple BET and Soul Train awards, and an Honorary Doctor of Music.

The Birdsongs are a Christian rock band originally from Seattle, WA, now living near Knoxville, TN, composed of three brothers and a sister. Their new album “The Journey, Act II: The War” focuses on finding hope amidst depression, anxiety, temptations, and trials and using Christ’s promises to keep fighting. Their single “Will You Save Me?” and “Reality” both released in 2019 have received over 1.5 Million listens on Spotify and are on constant rotation on Christian Rock and Internet Radio stations. Another song, “This Isn’t Love” was a top 10 hit on Billboard’s Christian Rock Chart.

Prison Fellowship is the nation’s largest outreach to prisoners, former prisoners, and their families, and a leading voice for criminal justice reform. With more than 40 years of experience helping restore men and women behind bars, Prison Fellowship advocates for federal and state criminal justice reforms that transform those responsible for crime, validate victims, and encourage communities to play a role in creating a safe, redemptive, and just society.

In prison yards across the country, men and women are being introduced to the hope of Jesus Christ through one- and two-day Prison Fellowship Hope Events that feature a variety of inspirational speakers and musicians. While providing a brief respite from the challenges of prison life, these events give prisoners the chance to respond to Christ and take the next step of joining a faith community behind bars.