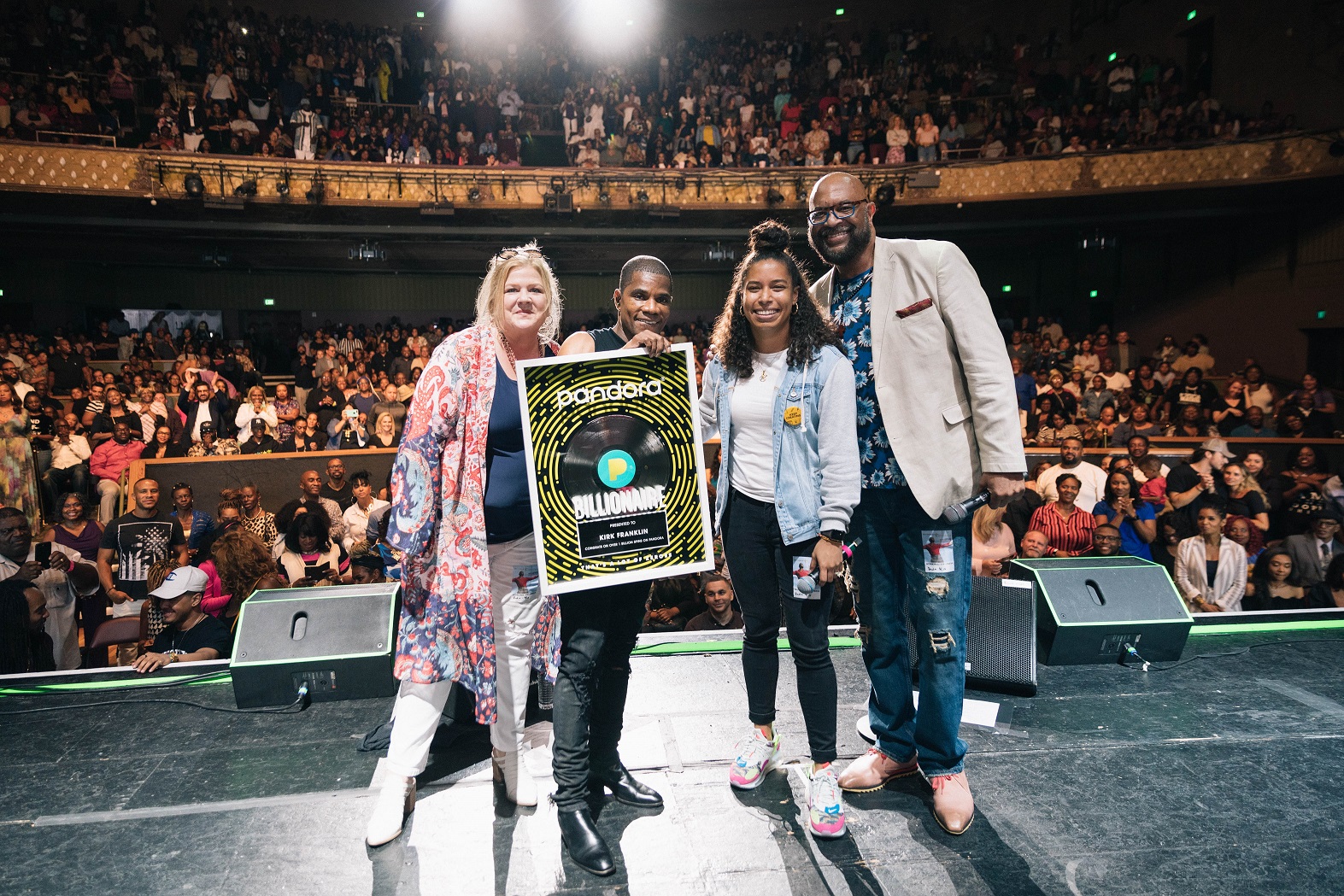 On Thursday, August 15th fourteen-time GRAMMY®-winning artist/songwriter/producer, Kirk Franklin, was honored with a Billionaire plaque from Pandora. The music streaming company surprised Franklin by presenting him with the prestigious award on-stage at the Los Angeles stop of his LONG LIVE LOVE TOUR. Franklin was moved by the honor. He says, “It is truly humbling that the music God let me borrow has touched so many people, and that they still choose to listen with so many incredible gospel artists out there.”

This honor, which has only been bestowed upon a small group of artists, commemorates Franklin having received over 1.6 billion streams on the platform. With this achievement, he also became the first gospel music artist to reach this milestone. Melissa Chalos, Christian and Gospel Music Curator/Programmer at Pandora, says, “The impact of Kirk Franklin’s music simply cannot be overstated. His icon status is unquestionable. His influence spans genres and generations and he is the only gospel artist to cross the Billion spins threshold to date on Pandora. We’re excited to present to him a plaque that commemorates the billions of spins and millions of listeners who love him”.

Franklin being inducted into Pandora’s “Billionaires club,” comes on the heels of the release of his thirteenth studio album, LONG LIVE LOVE (Fo Yo Soul / RCA), on May 31st. The album has been atop Billboard’s Top Gospel Albums chart for ten consecutive weeks and spawned the smash hit, “Love Theory,” which has been #1 on the Hot Gospel Songs chart for 28 straight weeks. Additionally, he made history with LONG LIVE LOVE, becoming the first artist to top all five of Billboard’s gospel charts simultaneously.

Franklin, who has his own gospel music channel on SiriusXM, Kirk Franklin’s Praise, wrapped up the successful LONG LIVE LOVE TOUR with the concert in LA. And the finale of Sunday Best on BET, which he hosts, will air on August 25th.