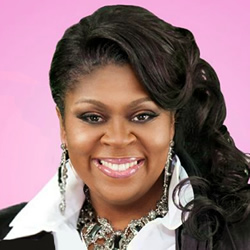 It looks like the Gospel industry has caught the”Reality TV bug”. First Mary Mary found success with their self titled show, “Mary Mary’. then Marvin Sapp released a trailer for his upcoming show, “Marvin Sapp: Single Dad” and now the one and only Kim Burrell has released a sneak peek of her upcoming project. Check out the trailer below, along with a description of her show, “Whatever It Takes”.

Kim Burrell is a world-renowned Gospel singer whose life is becoming epically vast. Although she’s had her singing career for more than 20 years, she’s just now started a roll-a-coaster of pop culture sensationalism. Her duties as a Pastor/Spiritual Mentor and a budding actress & TV personality are keeping her schedule on a non-stop incline.

Krishnar Lewis is an entertainer & and industry-entrepreneur. Most notably known as a top male fashion model, Lewis used the platform to extend and showcase his talents in music and television as well. Burrell started out as a client of Lewis’ firm but the two quickly became great friends and business partners with several ventures.