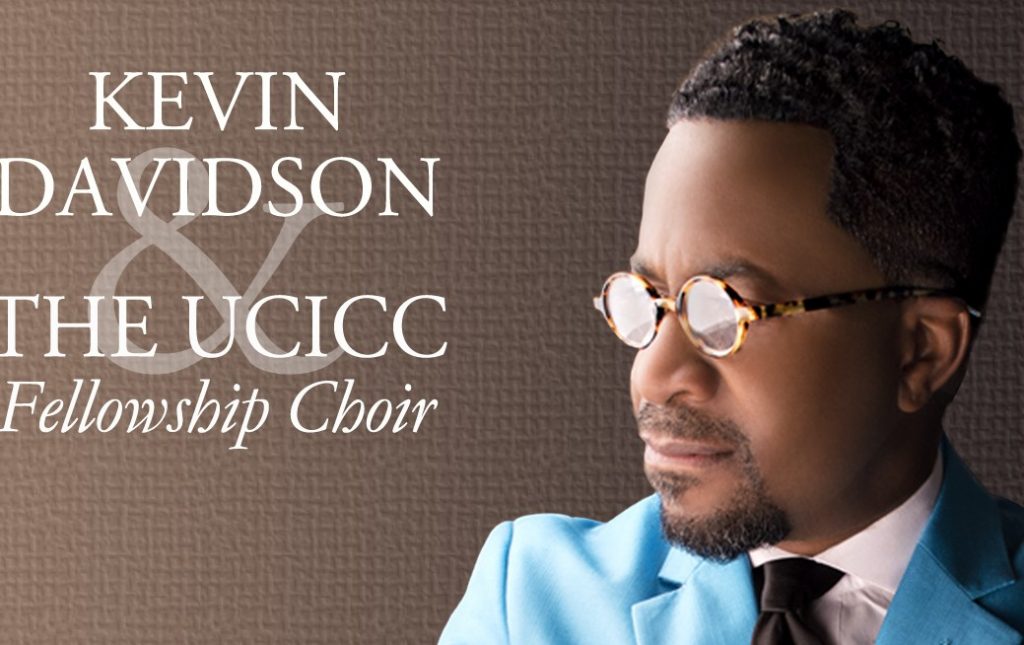 Gospel music lovers have been lifting hands to Kevin Davidson & The UCICC Fellowship Choir’s track, “Something Happens” since the song was released in 2013.  The inspiring song, a reminder of God’s miracle-working power, was followed by the up-tempo hand clapper, “The Declaration”.  Now the LVP Entertainment Recording Artist, the National Minister of Music of the United Council of Independent Christian Churches (UCICC) and the songwriter for artists such as Earnest Pugh and Shirley Caesar, Kevin Davidson, has just released a brand new project, named Something Happens.  A dynamic and riveting collection of premiere Gospel music, Something Happens will be releasing nationally on Tuesday, July 8th.

Fans have already been enjoying “Something Happens” and “The Declaration” from the new 12-song release, but there is much more for the listener to experience on the project.  Davidson, stepping into the role as principal songwriter, pens such songs as the mid-tempo, mellow “Lord Let Your Glory Fall”, and the liberating and bouncy “I Got My Praise Back”.  A soon-to-be-classic, “That Name Jesus”, is a powerful worship song as is the CCM-influenced “Free/Born To Worship”, co-written by Bennett Stewart.  Other memorable tracks include the CD’s opener, “I’ll Praise Your Name”, co-written by Chris Hinton and the down-home church song, “Church Let’s Rock”.  Grandma will love the last track on Something Happens, the spirited “Church Medley” which includes the popular “Praise Him”.

Something Happens is a solid church album, a CD with something for every Gospel music lover.  A DVD of the project was recorded at the General Conference of the UCICC Fellowship denomination on Saturday, April 12th in Memphis, TN.  Kevin Davidson & The UCICC Fellowship Choir sang to a packed audience debuting the songs from Something Happens in a spirited-filled time of worship and praise.  A release date for the DVD will be announced.

With all the songs penned specifically for choirs and praise teams, Davidson endeavors to give quality music for the sometimes underserved musical community.  He says, “With much of the Gospel music industry moving towards songs written for soloists, I wanted to make sure that there was music available for the church choir.  The Gospel choir is the backbone of the church experience so I wanted to make sure they weren’t forgotten.  All of these songs can be sung by church or community choirs and praise teams.”

Passionate about the calling of music ministry, Apostle Kevin Davidson, Founder and Senior Pastor of Dominion House Churchlocated in Memphis, TN, is launching the Chenaniah Music Workshop.  Taken straight from scripture, Kenaniah (sometimes spelled as “Chenaniah” and pronounced “ken-a-NI-ah) is mentioned in 1 Chronicles 15:22 which says, “And Kenaniah, chief of the Levites, was for song: he instructed about the song, because he was skillful.”  Davidson will be traveling around the country teaching Gospel choirs the technical and spiritual aspects of music ministry.  The workshops include choir rehearsals, seminars on the purpose of music ministry and a final church concert.