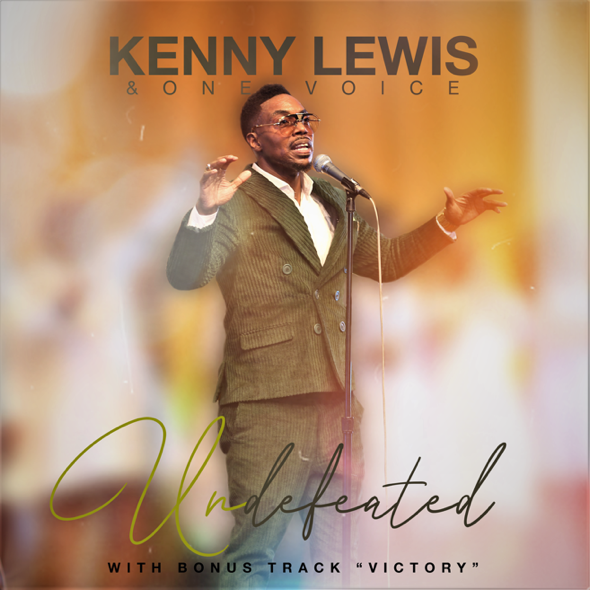 “I want to encourage everyone and give a reminder that losing is not an option because Christ has never lost! He yet remains Undefeated and lives within us, so we can’t lose ‘WE ALWAYS WIN’,” says Kenny Lewis.

Kenny Lewis released his first national project in 2000 entitled “The Bridge” on Marxan/Malaco Records which featured the smash hit “Yes”. This project opened doors for him to travel the nation and share the stage with Gospel giants such as Albertina Walker, Tye Tribbett, Mary Mary, Dorinda Clark- Cole and Karen Clark-Sheard just to name a few. Standing room only audiences and notable live performances – featuring dramatic energy and outstanding vocal discipline – have followed Kenny around the world.

Fast forward to 2017, Kenny released the album “Refocus”. Refocus was another success for Kenny, debuting on Billboard Top Gospel Albums and Top Gospel Sales charts.  He released two singles from the album “Love Song” & “Thank You.” Both singles charted on Billboard Gospel Airplay chart and garnered more global attention for the group. “Refocus” generated over 1.5 million audio and video streams, stamping his success in the music industry.

Expertly showcasing numerous styles in the sacred genre of music, including traditional, contemporary, urban and praise and worship, Kenny Lewis & One Voice is forging a path all their own.