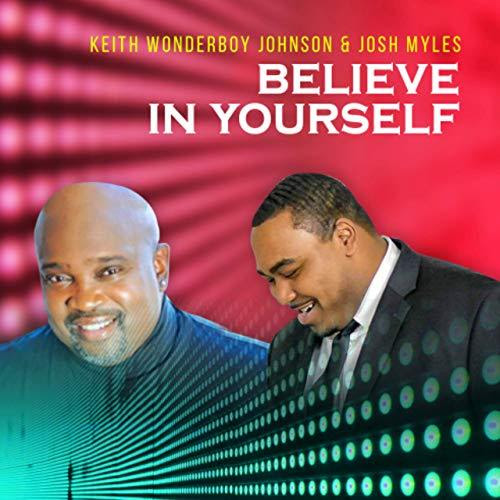 Central City Productions announced the Stellar Award nominees in 28 categories for their milestone 35th Annual Stellar Gospel Music Awards taping and 5-time Stellar Award-winning quartet maven Keith Wonderboy Johnson along with newcomer Josh Myles earned a nomination in the category of Quartet of the Year. The male duo released the awe inspiring radio single “Believe In Yourself,” in 2019 and peaked in the Top 35 on Billboard’s Gospel Airplay chart. “Believe In Yourself” is the lead single from the duo’s release The Independent Project.

Over the past two decades Keith Wonderboy Johnson has been one of the most popular and best-selling Gospel artists delivering classic sounds with a contemporary production. His gutsy vocal sweeps, preaching moments and effortless blending of R&B, soul, funk, pop, and gospel has earned him multiple Billboard radio hits such as, “I Just Want to Be Right”, “Let Go, Let God” (2005 BMI Most Played Song Of The Year), and “I Wouldn’t Know You,” featuring James Fortune & FIYA and Nakitta Fox (of Kurt Carr & The Kurt Carr Singers). In 2009, the hit song peaked at #2 on the Hot Gospel Songs and Gospel Airplay charts and a Top 10 charting position on Billboard Magazine’s 2009 Year-End Hot Gospel Songs chart. Additionally, “I Wouldn’t Know You” crossed over on the mainstream charts reaching #8 on Billboard’s Bubbling Under R&B/Hip-Hop Songs.

The 35th Stellar Gospel Music Awards recognizes the year’s best performances in the genre, honors Gospel music icons and acknowledges the accomplishments of individuals instrumental in advocating for the industry. The ceremony will take place March 27, 2020 at The Orleans Arena in Las Vegas, Nevada.