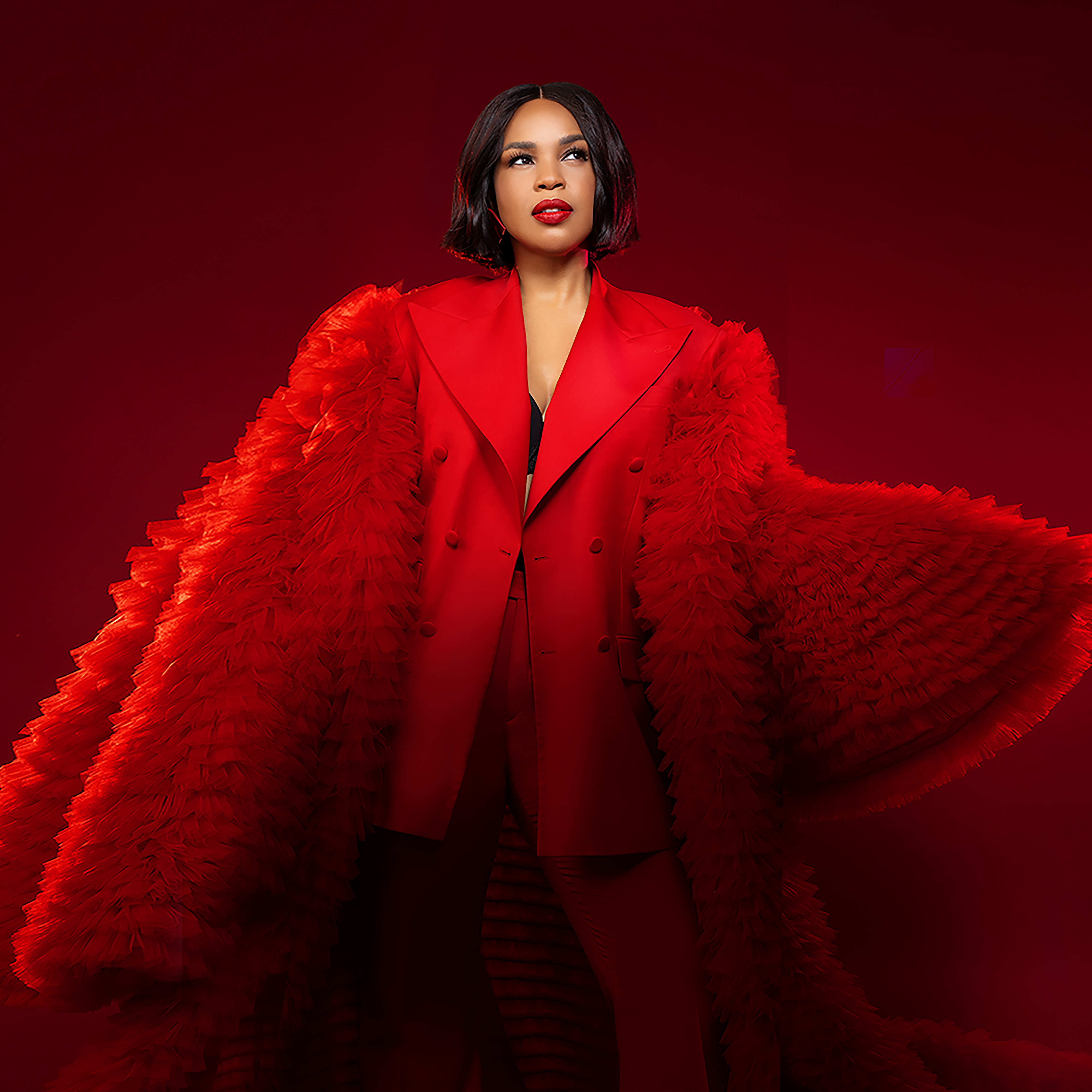 Karima, the Dove Award-winning and Grammy-nominated recording artist, made a special appearance at Club Quarantine Live with D-Nice, at the sold-out, star-studded live dance party at the world-famous Hollywood Bowl in Los Angeles on Sunday, August 29th. Karima performed her top-charting single “Redeemer,” which has reached the Top 25 on Billboard’s Gospel Airplay Songs chart.
The concert marked the first time Karima appeared on the Hollywood Bowl stage. Co-hosted by Chris Spencer and Donnie Wahlberg, the line-up included performances by The Isley Brothers, Common, Trey Songz, Sheila E., Deborah Cox, Kiana Ledé, Erica Campbell, Charles Jenkins; and other special guest artists including mega-talent Tank and George Clinton.
“I asked God to do something different, but I could have never imagined anything on this level,” says Karima. “Mind-blowing! I’m so grateful to God and D-Nice. I don’t take this lightly. I am truly blessed.”
Karima’s appearance followed her recent performance at the Hallelujah Summer Jam Concert at the 58,000-plus seat Liberty Bowl Memorial Stadium in Memphis, Tennessee, where she ministered in song along with label mates and top recording artists Keke Wyatt and Shontelle Norman-Beatty, as well as Marvin Sapp and Koryn Hawthorne.
Since the release of “Redeemer,” renowned DJ D-Nice has included it in his live set on multiple occasions – often playing it back-to-back – on various shows including the Sunday praise and worship version on his popular Club Quarantine live DJ stream on Instagram and Facebook, where Karima has also appeared as a guest.
Karima says that D-Nice’s support has been a blessing, as they first became acquainted in 2020 through social media surrounding the Club Quarantine broadcasts. At that point, Karima says she had not revealed to the rapper-turned DJ that she was a vocalist who had been a member of a popular gospel recording group with her sisters Ebony Holland and Heather Martin. Karima Trotter had recorded seven career studio albums with Virtue, including their self-titled debut, Virtue (1997), Get Ready (1999), Virtuosity (2001), the Dove Award-winning album Free (2003), Nothing But The Hits (a compilation album, 2004), the Grammy Award-nominated Testimony (2006), Testimony Reloaded (2015) and Fearless (2016). After Virtue, Karima focused on a career as a culinarian and furniture design consultant.
Karima and D-Nice stayed in touch as Karima began working toward a solo recording career. By the fall of 2020, she had signed a solo deal with DARE Records. In early 2021, once “Redeemer” had been recorded, Karima decided to share it with D-Nice to get his feedback. Eventually, he texted her back and told her he liked it, and Karima thought that was the end of it. Until one Sunday, while doing his praise and worship show, he texted her: “I’m about to play ‘Redeemer.’”
“And from that point, he played ‘Redeemer’ regularly,” Karima says of Nicole C. Mullen’s 2000 global gospel anthem, which she recorded with an urban inspirational spin. Karima’s version is produced by multiple award-winning producer Aaron Lindsey.
“D-Nice fell in love with ‘Redeemer.’” she shares. “Sometimes he would play it three or four times in one set. He told me that this song helps him feel closer to God.”
“D-Nice continued to play it on his live streams, telling his listeners how much he loves it,” she continues. “He said that the song is magical, and it has become one of the unofficial anthems for Club Quarantine,” Karima marvels.
She adds that she remains in awe of how much he has embraced the tune and how much it has inspired him and many CQ listeners. “When you ask God to do something, He goes exceedingly above and he just gives you everything in abundance,” she says.