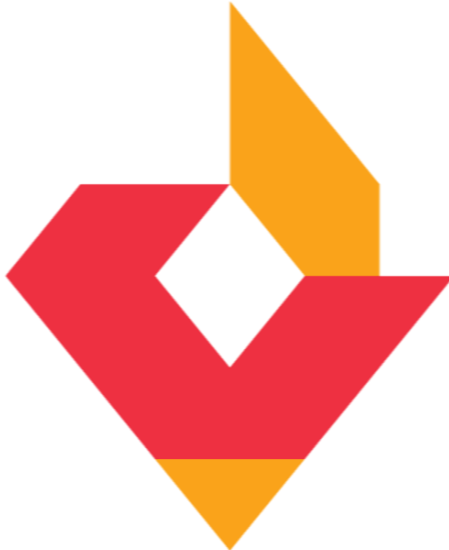 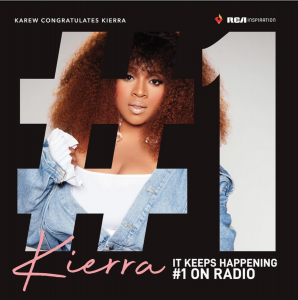 Music, film, and fashion entity Karew Entertainment had an exciting week last week celebrating the label’s second single to hit #1 on gospel radio this year: “It Keeps Happening” performed by Kierra Sheard. This is the second single from her self titled album, Kierra. In April, Karew label mates, The Clark Sisters, released their seventeenth album, The Return, and debuted at #1 on Nielsen charts and #2 on Gospel Billboard. In June, the album’s leading single, “Victory”, hit #1 on gospel radio for two weeks in a row! 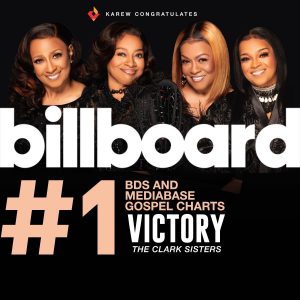 Karew Entertainment President and CEO, J. Drew Sheard II, who was also the lead producer on both albums, has also garnered Billboard attention and was named the Billboard #1 Top Gospel Producer for 11 weeks in a row above industry veterans Kirk Franklin and Kanye West in May of this year. When speaking of the #1 one singles, Sheard II shared, “It’s an honor to create music that resonates with so many people. Both The Clark Sisters as well as Kierra have both worked incredibly hard this year and I couldn’t be happier for this honor.”

Currently, as “It Keeps Happening to Me” continues to ride the top of gospel charts, The Clark Sisters’ newest single, “His Love” featuring Hip Hop legend Snoop Dogg, is rapidly rising on the Billboard charts as well. Both albums, Kierra and The Return, are now available on all digital streaming platforms.