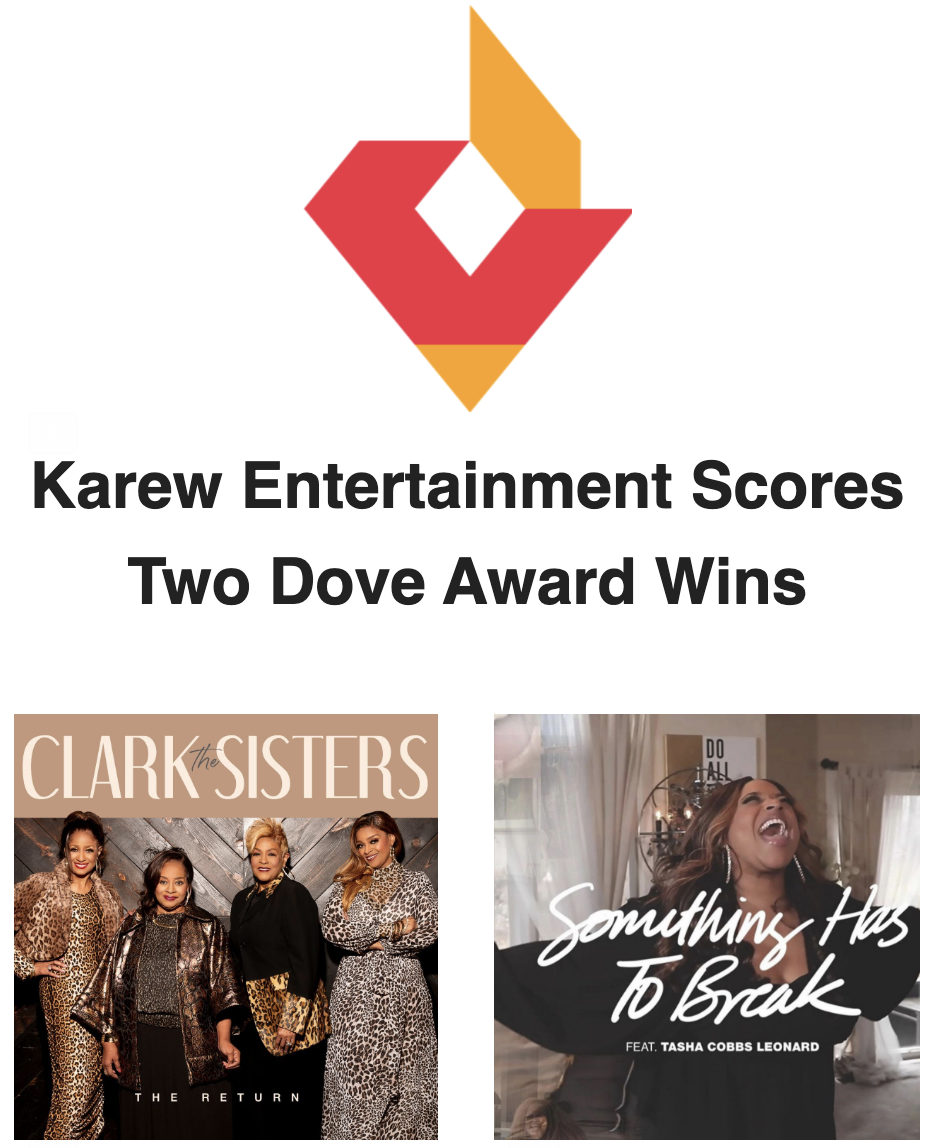 J. Drew Sheard II, President and CEO of Karew Entertainment, shares his elation about the label’s winnings. “These wins are amazing! We would like to thank the Gospel Music Association and Dove Awards committee for honoring our work and the music that God has placed inside of us. Also, we have been blessed with an incredible team here at Karew that has also worked hard to make this all possible.”