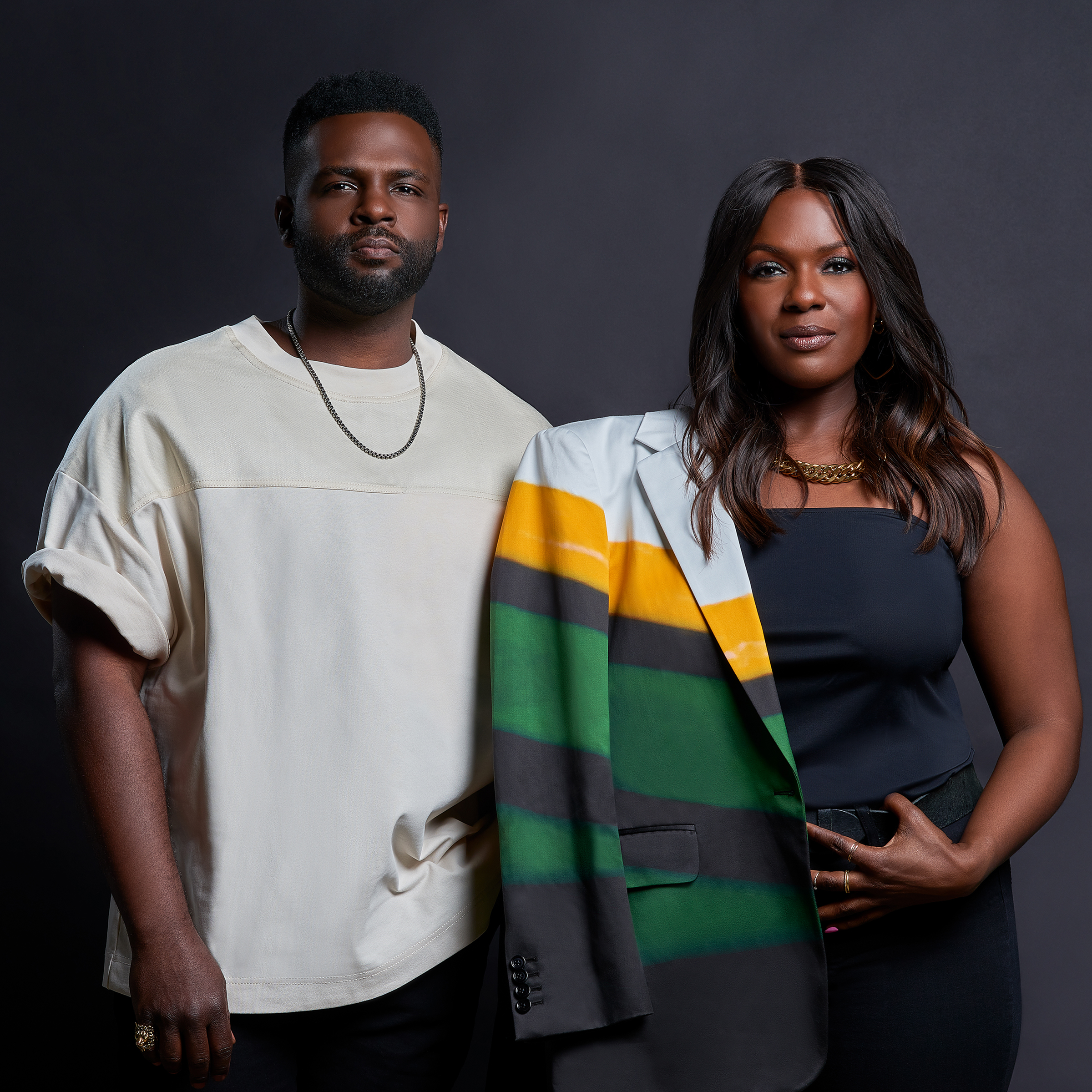 Grammy-nominated recording artist and songwriter Juan Winans is set to release his new urban inspirational single, “Never On My Own,” with his sister, actress and singer Deborah Joy Winans, on May 14, 2021, on DARE Records. The Official Audio Video is available now on YouTube.

“Never On My Own” is a follow-up to Juan Winans’ No. 1 Billboard hit, “It Belongs To Me,” with his wife, Lisa Winans, featuring his uncle, Marvin L. Winans, also a DARE Records release. “It Belongs To Me,” remains in the Top 5 on Billboard’s Gospel Recurrent chart. The tune previews Juan’s upcoming full-length project Legacy, which, Juan explains, “references the musical legacy I’ve inherited and hope to expand and build upon. Yet it is equally about my legacy as a Black man in America and my legacy as a father, husband, son and sibling.”

Juan and Deborah Joy previously starred together as another set of singing siblings –their uncle and aunt, BeBe and CeCe Winans – in the 2019 theatrical production of Born for This: The BeBe Winans Story, written by BeBe Winans. Deborah Joy Winans is best known for her role as Charity Greenleaf-Satterlee on Oprah’s OWN hit drama series, Greenleaf, which ran for five seasons until 2020.

Juan says he was looking for a way to work with his sister again. “As I was writing this song, I sensed an opportunity to reconnect with her creatively, in a fun yet impactful way. She has a great instrument with her acting, but her voice is also tremendous. She possesses that incredibly rich tone and texture that is consistent amongst the women in the Winans family,” says Juan, adding, “‘Never On My Own’ attests to the security and peace we can derive from knowing that God never leaves us. It is also the perfect song because it is an accurate description of our relationship. We have always had one another’s backs. With each passing year, that brother-sister relationship has grown in importance.”

“Doing this with my brother is a dream come true, a dream I didn’t even know I had. I never saw myself as a singer until working with Juan in the musical ‘Born For This,’” says Deborah Joy. “During that process, he helped me find my voice. He is an amazing singer/songwriter, but an even better brother, who has always made sure I knew I’m never on my own.”

The new single is an upbeat, danceable testament to love and loyalty that will engage younger listeners while thrilling fans of old-school R&B. Sure to become a stepper’s anthem, the track also features a chorus throwback to “On My Own,” the 1986 Patti LaBelle/Michael McDonald hit. “It’s a song we grew up loving and listening to,” explains Juan. “It was fun and meaningful taking that beautiful melody and repurposing it to spread love and encouragement in a different way. I am grateful to the original writers, Burt Bacharach and Carole Bayer Sager, for allowing me to do that.”

Juan is a third-generation member of the legendary Winans family. He began his career as a member of Winans Phase 2, along with his eldest brother, Carvin, and his cousins Marvin Winans, Jr., and Michael Winans, Jr. The group’s first recording, We Got Next, debuted at No. 1 on Billboard’s Gospel Album charts. Juan’s father, Carvin Winans, is a member of the five-time Grammy Award-winning group The Winans, which includes his uncles Marvin, Michael, and the late Ronald Winans.

Deborah Joy is an award-winning film and television actress, who recently starred in Lifetime’s Color of Love and co-starred in TV One’s Don’t Waste Your Pretty in addition to appearing on Greenleaf. Portraying the Minister of Music on the weekly series, she sang regularly on the show. Deborah Joy was also featured on each of the series’ soundtracks, including the hit singles “The Master’s Calling” and “Change” with Patti LaBelle. Her other television credits include the role of her aunt, CeCe Winans, in the Lifetime television biographical movie Whitney. In July 2020, Deborah Joy released her protest song, “I Won’t Stop Breathing,” written by Juan and Lisa Winans in support of social justice, George Floyd, and the Black Lives Matter movement.