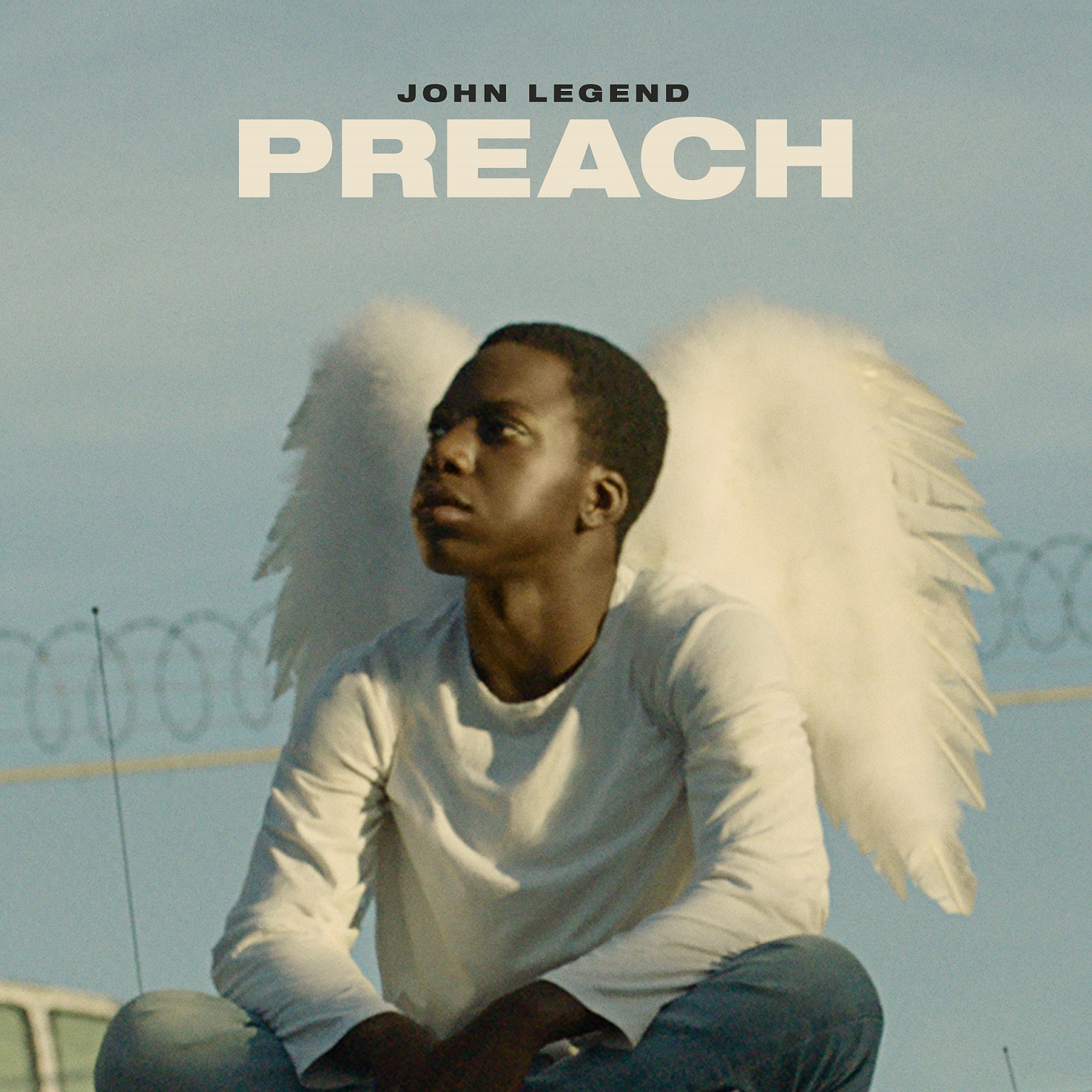 Newly anointed EGOT winner and multi-platinum singer-songwriter John Legend has premiered the powerful music video for his new single “Preach” via Columbia Records, watch HERE.  The video was directed by Dominique DeLeon and is inspiring viewers to action as the first of its kind to use YouTube’s donate/fundraising feature in which viewers will be able to donate (via a donate button) to FREE AMERICA.

“The idea behind the song is that sometimes we can get so frustrated by the news and what’s going on and there’s this scatter going on in ourselves. Do we become apathetic? Do we become engaged? Do we just talk about it, or do we do something?” -John Legend

About John Legend:
EGOT-winning, critically acclaimed, multi-platinum singer-songwriter John Legend has garnered ten Grammy Awards, an Academy Award, a Golden Globe, a Tony Award, and an Emmy Award among others. Of the small group of 15 EGOT winners, John is only the second African-American and first black man to achieve this status. In 2016, John released his fifth studio album DARKNESS AND LIGHT, to rave reviews and toured to sold-out audiences across the globe.  Beyond his music career, he is a principle partner in Get Lifted Film Co., a film and television production company based in Los Angeles. Get Lifted Film Co. served as Executive Producers on NBC’s live production of Jesus Christ Superstar Live!, the HBO documentary Southern Rites, 2018 Tribeca Audience Award Winner Documentary United Skates, WGN America’s series Underground, and films such as Southside With You and La La Land. In 2015, John initiated the #FREEAMERICA campaign in an effort to change the national conversation surrounding our country’s misguided criminal justice policies and to end mass incarceration. In April 2018, John released a new track, “A Good Night” featuring Blood Pop, and starred as Jesus Christ in NBC’s Jesus Christ Superstar Live! He was nominated for an Emmy Award this year for Outstanding Lead Actor in a Limited Series or Movie and won an Emmy as a producer in the category of “Outstanding Variety Special (Live)” for Jesus Christ Superstar Live!