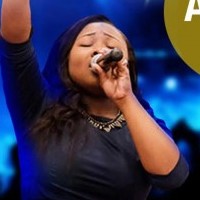 Jekalyn Carr, is a burgeoning embryonic star, who is proving that young people can experience success as a gospel artist.

She has risen to be a great influence in the industry.  Jekalyn is now releasing her new single “Something Big Live” for download on Aug 7th. Jekalyn is impacting lives with this declaration that “Something Big” is happening.  Jekalyn Carr stated if you catch on to it, you can dominate your circumstances, by declaring Something Big.  Jekalyn proclamation that, “This is your year for bigger success, for bigger increase, for bigger doors, for bigger opportunity and you’re living in it” is raising the ambitions of many.  Get yourself ready for Something Big!!!

Most recent Jekalyn was honored by EBONY magazine as one of the 2014 Power 100, in which EBONY celebrated the most influential and intriguing men and women in Black America during an elegant and star-studded evening in Hollywood.   Jekalyn was included in this list among others like Bishop TD Jakes, Beyonce, Tamela Mann, Pharrell Williams, Steve Harvey, Lebron James, the legendary Quincy Jones and many more. The extraordinary success of this young artist has led to burgeoning national acclaim, as evinced by Jet Magazine honoring her as “One of the Top Ten Faces You Need to Know.”