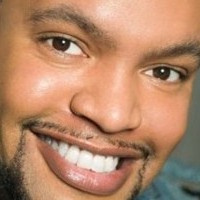 TV Host, Pop Culture Commentator and Editor of AlwaysAList.com, Jawn Murray, was tapped by the NFL Network for hosting duties during Super Bowl XLIX in Phoenix, Arizona. Murray makes his debut with the NFL Digital Media interviewing celebrities and high-profile athletes for the NFL Fan Pass Experience, leading up to the big game between the Seattle Seahawks versus New England Patriots.

The Washington, DC-based media expert is a regular pop culture analyst on networks like CNN, HLN and MSNBC. He’s also made numerous appearances over the last year including co-hosting ABC’s “The View” while the iconic Barbara Walters was still on the show, the nationally syndicated “Wendy Williams” show, EPIX, Travel Channel Special, as well as being a featured contributor on the TV One documentary series “Unsung: Hollywood.”

In 2013, Murray’s commentary about Miley Cyrus on HLN’s “News Now” ended up in a news package about Cyrus on “Barbara Walters Presents: The 10 Most Fascinating People of the Year.” Another HLN commentary about Jimmy Kimmel’s twerking hoax was included in a reporters’ roundup on ABC’s “Jimmy Kimmel Live.”