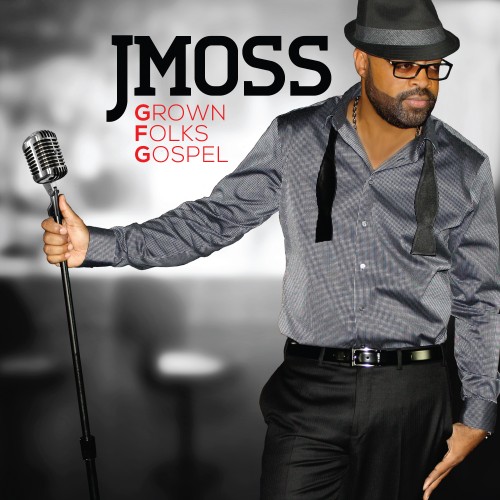 The album is currently available for pre-order on iTunes and Amazon. Pre-sale customers will receive the instant gratification track “Alright OK,” produced by PAJAM (Paul “PDA” Allen and J Moss).

National radio host, Tom Joyner’s, BlackAmericaWeb.com hosted an exclusive listen of J Moss’ duet with R&B Diva Faith Evans. The track arrived just in time for the holiday season as it’s perfectly titled, “You Make Me Feel (Like A Holiday).”

“The song (You Make Me Feel) makes you want to bust out into an R&B dance groove. This is by far one of the best projects by J and the fact that he has teamed up with a vocal powerhouse makes it even greater,” says Jermaine Rucker of SingersRoom.com.

Moss’ suffered the loss of his familes Detroit residence due to fire, late October 2014. While, most people would have thrown in the towel and lost all faith in God, J Moss found comfort in his own lyrics and was later blessed with keys to a new super home. “What we see as demolition, God sees as development,” Moss shared exclusively with Reach Media’s Yolanda Adams Morning Show following the house fire.

J Moss had an outstanding summer performing for fans worldwide, promoting his singles, “Alright OK,” and “Fall At Your Feet.” Highlights from the summer include ministering at Atlanta’s V103 ‘For Sisters Only,” visiting fans at GMWA (Gospel Music Workshop of America) and encouraging youth to be great in school at a “Back To School Rally” in San Antonio, TX.” Facebook friends of Moss can gain unprecedented access inside Moss’ life via ‘#JNation TV’, a series of web-videos uploaded to his page.

“This album promotes an intimate time with God. It evokes the feeling you experience while spending time with your loved one. It’s for the single person trying to live pure and holy. This album is for real people who are going through real stuff,” J Moss says when asked about the meaning of Grown Folks Gospel.