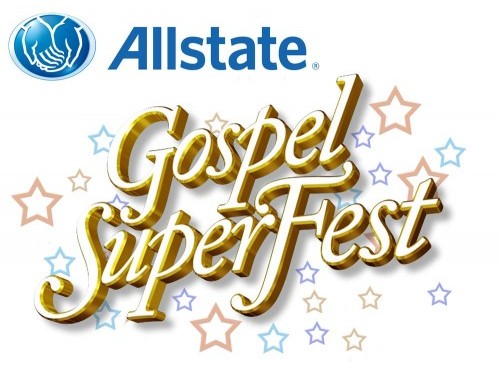 The Allstate Gospel Superfest, the most widely distributed TV show in black gospel music history, promises to keep pace with its trendsetting production with next year’s line-up.  The show will feature chart topping inspirational recording artists including Dorinda Clark-Cole, J. Moss, The Rance Allen Group, Vanessa Bell Armstrong, and many others. Over thirty national acts are slated to take the stage during event that will be recorded for national syndication.  The event will be hosted by Wendy Raquel Robinson of the hit BET series “The Game.”

The show is title-sponsored by Allstate Insurance Company of Northbrook, IL.  Allstate has been title sponsor of The Gospel Superfest for seven consecutive years. “We are absolutely thrilled to work with the Allstate Insurance Company. It is a privilege and honor to have the faith and confidence of a prestigious corporation like Allstate”, says show founder and executive producer Bobby Cartwright, Jr.

The Allstate Gospel Superfest “Live In Chicago” will take place Saturday, March 21, 2015 from 6:00 PM – 11:00 PM (Local time) at The House of Hope Arena, 752 E 114th Street, Chicago, IL 60628. Tickets can be purchased on-line at www.ticketweb.com or by phone at 866-468-7619.  More details, performer updates and host hotel information will be made available at the show’s official website at www.gospelsuperfest.com