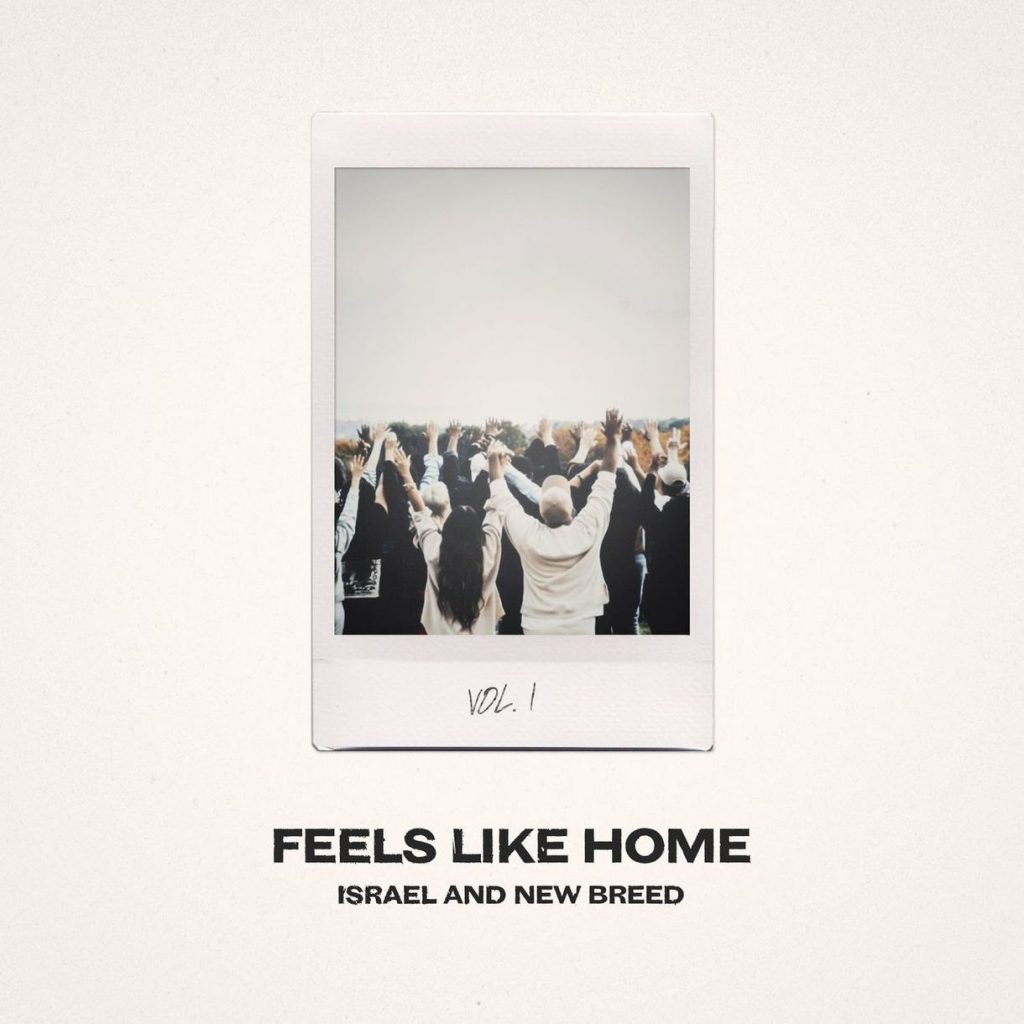 Nearly a year after beginning his #WorshipWednesdays livestream services for stay-at-home worship services, gospel singer-songwriter and worship leader Israel Houghton is announcing pre-orders and sharing the first single, “Hymn of Breakthrough,” from a new live album Feels Like Home: The Quarantine Worship Experience. The album, which will be released February 26th, is derived from Israel & New Breed’s hugely successful live event of the same name last year which breathed electricity into the intimate #WorshipWednesdays setup for a three hour concert / worship experience.
“Hymn of Breakthrough” is a slow and brightly burning performance that finds Houghton leading a  small group of band members, family, and friends in a meditative portrait of epiphany that digs its heels all the way in, savoring each step upwards towards its illustration of the “sound of breakthrough” that inspires it. The sense of family and unity at the center of the building performance is a testament not only to the legendary gospel artist’s storied, almost 25-year career, but the way he’s taken his community, his family, and his band to the top alongside him.
“NewBreed celebrated our 20th year together in 2020.” Houghton explains. “Though the entire landscape changed with how we do concerts and touring, we knew it was still very important to come together. I’m grateful for the sacrifices made by everyone on our team to carefully come together and participate in this offering. Truth be told, it’s one of the most rewarding worship experiences I’ve ever been a part of.
Feels Like Home was streamed live from Houghton’s sister-in-law’s house in New York last November with an impressive group of musicians both familiar and new to New Breed, all of whom agreed to quarantine and test for COVID-19 prior to gathering. Performing the entire show facing one another in a circle, the improvisatory looseness and sheer inspiration of the session is a warm and glowing reminder of gospel’s intimate roots as a communal religious celebration and experience. Digging deep, Houghton’s performance leading the group alongside his wife Adrienne is inspired and inventive while the fly-on-the-wall perspective highlights the lyrical comfort of the supporting musicians and numerous special guests who take an easy grip of the performance during their features.
Feels Like Home, and its #WorshipWednesdays roots, are a monument of Houghton’s career-long inspiration to explore and reinvent the possibilities of group worship dynamics even as communities started reforming online throughout the ongoing pandemic. Since the release of his first studio album in 1997, Houghton has looked to the live performance format as a means to that very end, including 2004’s Live From Another Level and 2005’s Alive in South Africa, the latter of which won the GRAMMY® Award for Best Traditional Gospel Album. Houghton would later take home three awards for Best Pop / Contemporary Gospel Album and eventually a Best Gospel Album award for 2015’s Covered: Alive In Asia, his most recent live archive prior to Feels Like Home. In addition to his 6 GRAMMYs® Israel Houghton has also been honored with 16 GMA Dove Awards.
Feels Like Home: The Quarantine Worship Experience will be available February 26th to stream or purchase.