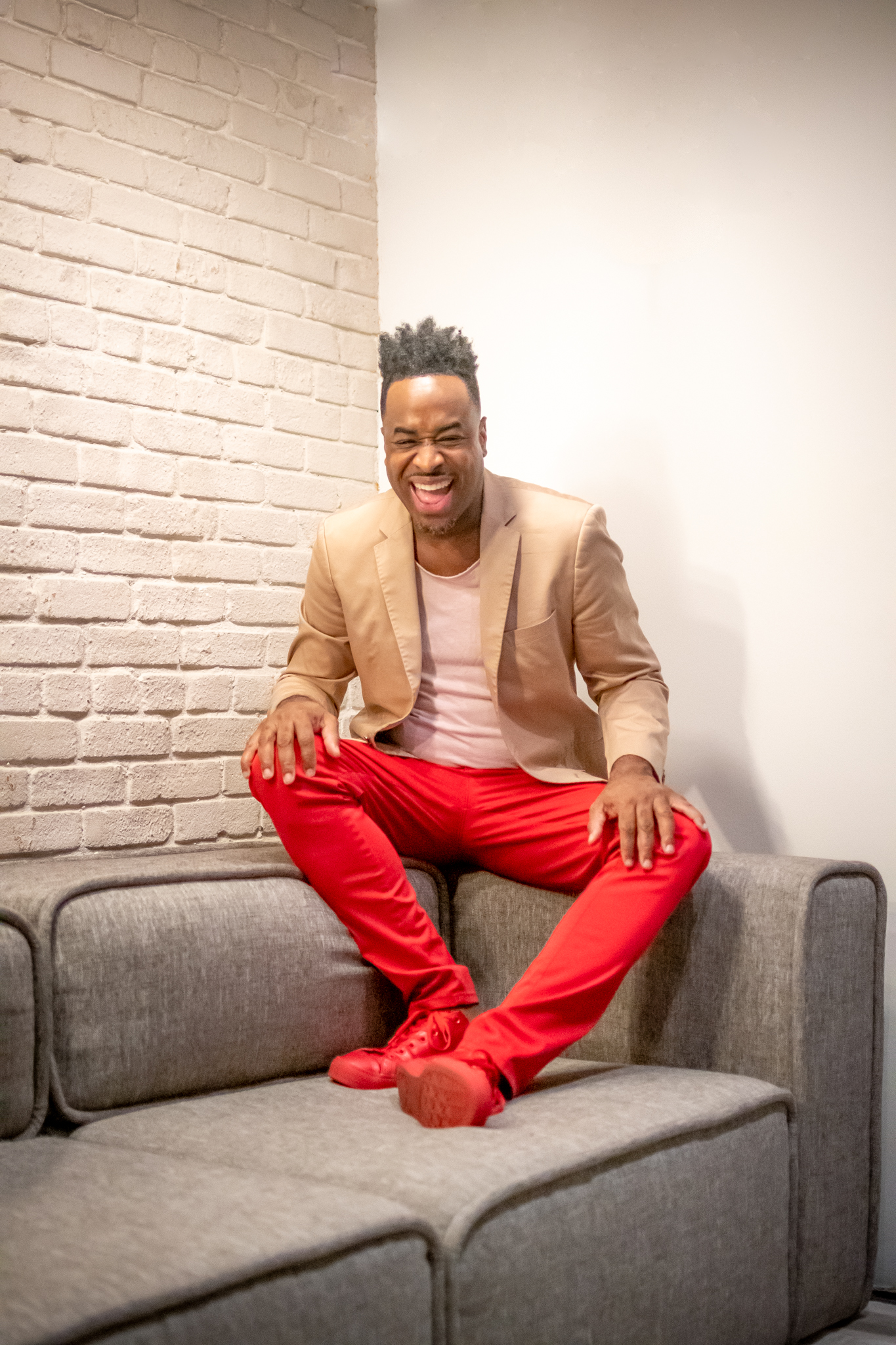 Damien Sneed, the multi-talented composer, conductor, musician, and vocalist will hit the road in December for a seven-date tour Joy to the World: A Christmas Musical Journey. Presented by IMG Artists, Sneed will perform on keyboards and vocals with a group of singers and musicians as they render Sneed’s unique arrangements of familiar Christmas carols, original holiday tunes, classical favorites, folk songs, spirituals, and more.

“I believe the holidays are a time where people focus more on family. They focus on others, giving to others and they focus on what matters,” says Sneed, who first performed a similar program of holiday music in 2019 at the historic Apollo Theater in New York City, and one at the Sixth & I Synagogue in Washington, DC.  Music from that program was recorded and released on December 6, 2020, as the four-track EP titled, Joy To The World on LeChateau Earl Records.

Joining Sneed on tour will be the phenomenal vocalists Alicia Peters-Jordan, Linny Smith, Markita Knight, and Chenee Campbell, all of whom have performed with Sneed in the past. The band will feature Alfred Rutherford on Hammond B3 organ and keys, Ronald “CJ” Alexander on bass guitar, Joel Tate on drums, and Gabriel Michael Carter on aux keys.

The concert will include music from the four-track EP including “Joy To The World,” “What Christmas Really Means,” “A Child Is Born,” and “Adore Him Medley” and much more. Fans can look forward to renditions of “Silent Night,” “This Christmas,” “The Christmas Song,” and “O Come, O Come, Emmanuel” during these inspired performances.

This will be Sneed’s first tour since the pandemic. “For me, this will be a very interesting tour because I haven’t toured in almost two years,” he says. “And last year, I lost a lot of relatives. But what I’m here for, on the earth, is to bring people joy, administer love, and bring people together in unity through the gift of music, through the universal language of music.”

Sneed’s most recent studio recording is Damien Sneed: Unplugged, an all-gospel collection of soulful and inspirational songs, recorded in a spare studio setting with Sneed on piano and vocals alongside several noted vocalists, including Chenee Campbell, Linny Smith, Tiffany Stevenson, and Matia Washington. In January 2020, Sneed released his debut classical album, Classically Harlem and We Shall Overcome Deluxe on his boutique label, LeChateau Earl Records, which was established in 2009 to reflect his varied musical interests. Previous recordings also include Jazz In Manhattan (September 2019); The Three Sides of Damien Sneed: Classical, Jazz and Sanctified Soul (July 2018); Broken To Minister: The Deluxe Edition (March 2015); Spiritual Sketches (June 2013); and Introspections LIVE (January 2010). Sneed is a 2020 Dove Award winner for his work as a featured producer and writer on The Clark Sisters’ project, The Return, released on March 13, 2020.