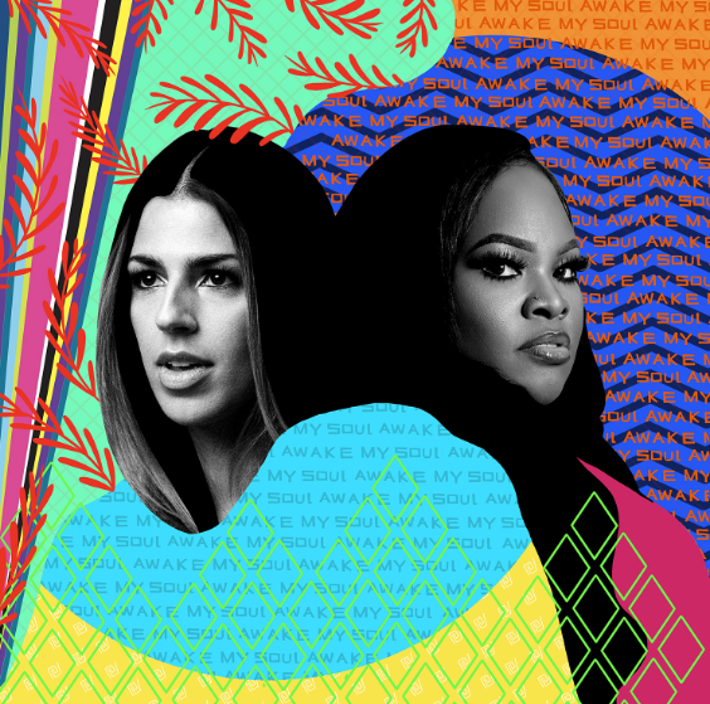 GRAMMY® Award-winning Hillsong Worship, along with GRAMMY® Award-winning singer/songwriter Tasha Cobbs Leonard, announce the release of a special collaborative edition of “Awake My Soul.” Featuring lead vocals from Hillsong worship leader/songwriter Brooke Ligertwood and Cobbs Leonard, the single is available now on all streaming platforms.
When Hillsong Worship was first searching for words and melodies to articulate what would become their “AWAKE” album, they felt a clear directive toward a sound that would accompany an awakening of God’s people. “Awake My Soul” became a song-cry of intercessional praise and an invitation to consider the spiritual ‘sound’ of the Saviour’s response. From the outset, the song was a powerful expression of spiritual warfare.
“Last year our church, Hillsong, announced that Tasha Cobbs Leonard was going to be one of our guests at Hillsong Conference 2020 in July in Sydney, Australia (news which was met with much jubilation!),” said Ligertwood. “At the beginning of this year, Tasha and I then began talking about what it would be like for us to record a song together live at Hillsong Conference.
We witnessed the COVID-19 pandemic evolve, as it reached a point that necessitated postponement of live events and conferences the world over. It became clear we weren’t going to be able to execute what we’d originally planned. However, the collaboration felt important, so perhaps there was something else we could do…And so, ‘Awake My Soul with Tasha Cobbs Leonard’ was birthed.
Though we could not have foreseen the potent timing of this collaboration, it was well within the Lord’s realm of knowledge and so we are grateful, yet not surprised!”
“What God was birthing in us was on purpose, and it was for this time,” adds Tasha Cobbs Leonard.” ‘“Awake My Soul’ calls for the Church to arise and take authority. It reminds us of an eternal weight and an eternal calling. Together, this anthem is the Church’s declaration that there is an awakening taking place in the earth. The Kingdom of God is alive!’
“Awake My Soul” is Hillsong Worship’s first collaboration since partnering with Delirious back in 2004. The duo (Ligertwood and Cobbs Leonard) have been friends for years and share the same passion for worship and the same desire to connect people to God. Together, they pray that this rendition will be a reflection of God’s heart for His Church: unity, diversity, peace and power.
“Our hope is that this version of ‘Awake My Soul’ unequivocally exhorts every believer who hears it to PRAY with faith and authority for our world and Christ’s Church at this time in history,” says Ligertwood and Cobbs Leonard.
“May His Kingdom come on earth as it is in heaven, and may our worship and intercession pull that reality into this one:
“And when He moves and when we pray
Where stood a wall now stands a way
Where every promise is Amen”
About Hillsong Worship:
Hillsong Worship exists to serve the global Church and equip believers everywhere with songs of Holy Spirit power that exalt and glorify the Name of Jesus, build the Church and fuel revival on the earth. With songs such as “Cornerstone,” “Mighty To Save,” “This I Believe (The Creed),” “Who You Say I Am” and the Grammy Award winning and RIAA certified Platinum “What a Beautiful Name,” With over 2 billion career streams and over 20 million career album sales, Hillsong Worship’s catalogue is sung by an estimated 50 million people worldwide each week. Featuring worship leaders and songwriters such as Brooke Ligertwood, Ben Fielding, Reuben Morgan, Joel Houston, Taya, Aodhan King, David Ware and more, Hillsong Worship is committed to continuing its legacy of writing and leading songs that – by God’s grace – impact both individual devotion and congregational worship for the glory of God.