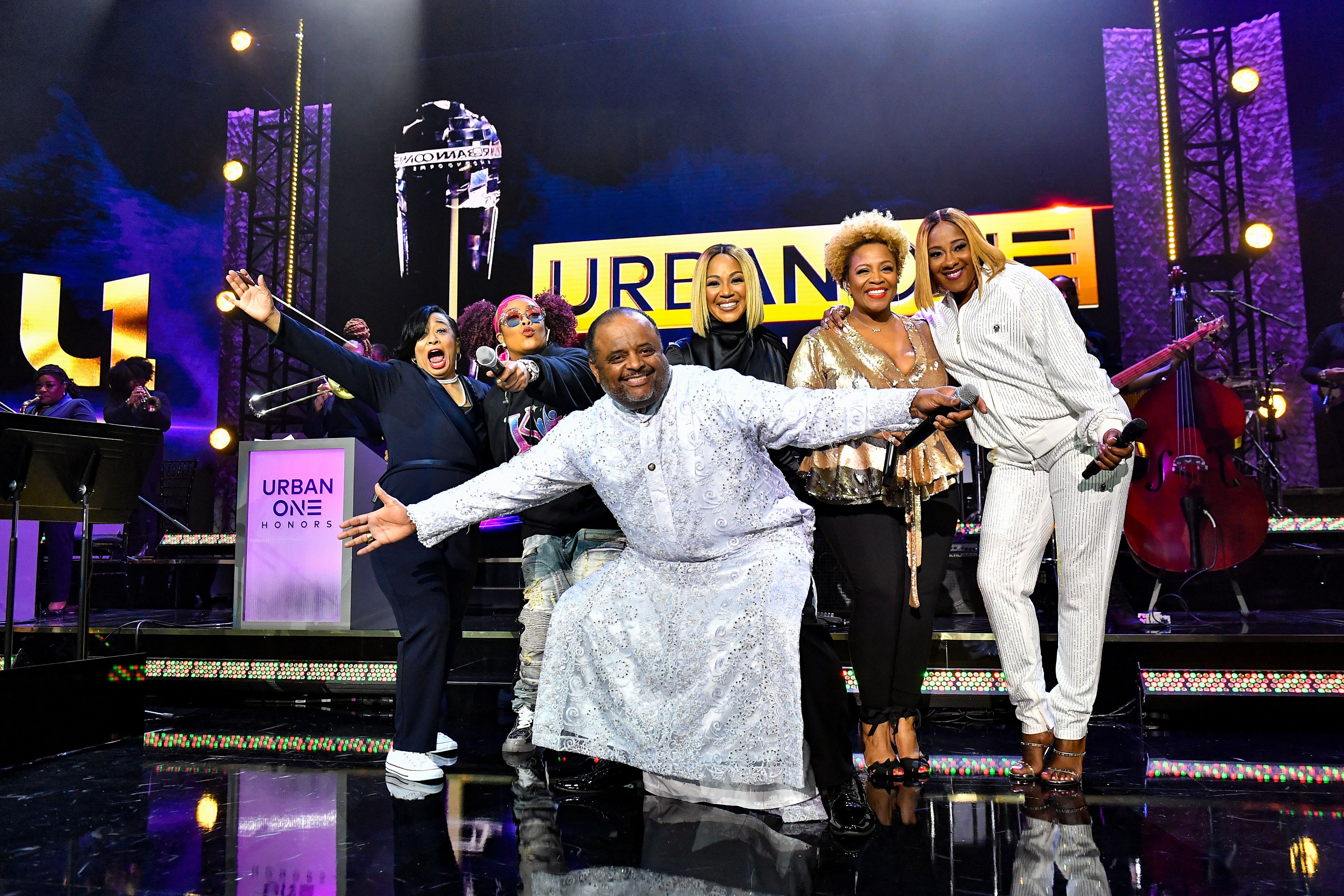 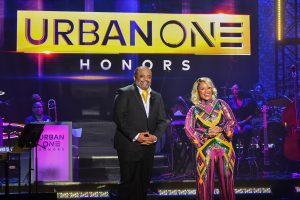 Sunday evening, TV One hosted the third annual URBAN ONE HONORS award show, which was simulcasted for the first time on its sister network CLEO TV. Celebrating the exemplary accomplishments of African American women, the special was hosted by Grammy-Award-winning gospel artist Erica Campbell and award-winning journalist, author, and syndicated columnist Roland Martin. Honorees included Stacey Abrams, Nikole Hannah-Jones, Dr. Ala Stanford, Rosalind Brewer and Robin Rue Simmons. A special homage was also made to the International Sweethearts of Rhythm, one of the most celebrated female jazz bands of all time. Presented by Amazon, Ford Motor Company, McDonald’s, PNC Bank, Toyota and Verizon, the event was developed to acknowledge and honor individuals or organizations that have made an extraordinary impact on society and culture. 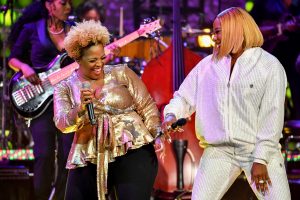 Highlights of the special included powerful musical tributes, moving speeches and calls-to-action for political, educational and social change. Cathy Hughes also welcomed and thanked those who supported the program and celebrated the honorees.

This year’s theme of ‘Women Leading the Change’ commemorated the myriad achievements of women leaders who are blazing trails and creating new pathways for others in their respective areas of expertise. Stacey Abrams was honored as the Voting Rights Champion, which was dedicated to a fearless leader whose efforts help to build political infrastructure by turning out voters and protecting their votes. Robin Rue Simmons was named Reparations Ambassador for her work to break down systemic racism and barriers that have held African Americans back and Rosalind Brewer received the Business Alchemist award for successfully breaking the glass ceiling to blaze new trails in corporate America. Additionally, the Investigative Journalism Crusader award, sponsored by McDonald’s and its Black and Positively Golden Movement, was bestowed upon Nikole Hannah-Jones, a media maven who is reframing the national conversation by covering the impediments and contributions made by Black Americans. 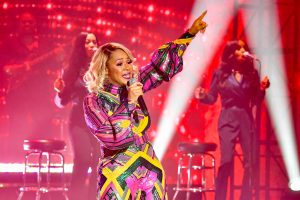 To continue the ‘Women Leading the Change’ theme, the “Hometown Sheroes” initiative, was presented to Chief Tiffany D. Green of Prince Georges County, MD and Renee Mahaffey Harris of Cincinnnati, OH. Among the many other finalists, these sheroes were selected by Radio One listeners from their local hometown for making a difference to enhance the lives of those in their communities. These winners were featured in custom vignettes on the radio stations in their communities and recognized as “Hometown Sheroes,” touted for the important work they do for the community. A special salute to the “Hometown Sheroes” via a thoughtful content piece was also shared during the Urban One Honors telecast as well as on www.NewsOne.com. 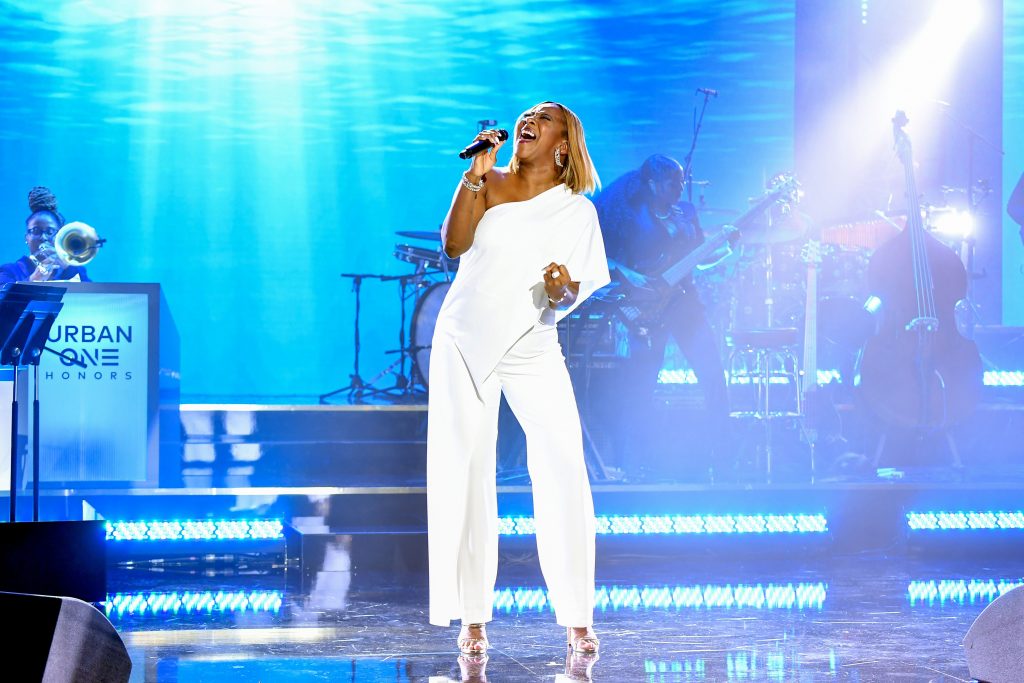 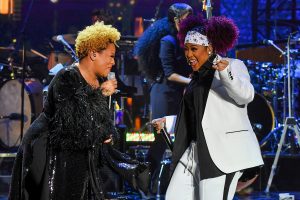 In iOne Digital categories, special profiles were presented on Dr. Ala Stanford, who was named Health Equality Advocate for answering the call to eliminate institutional barriers preventing healthcare to those in her community and Kim Ford, who was presented the Family Needs Ambassador award for her role as a resilient provider of direct service and resources to individuals in crisis within the community she serves.

The inspiring night of excellence also featured a salute to some of our cities most prolific mayors as well as the sororities of the historically Black Greek Letter Organizations. The night celebrated the prominent women leading our nation’s cities including Charlotte Mayor Vi Lyles, Washington, D.C. Mayor Muriel Bowser, Chicago Mayor Lori Lightfoot and Atlanta Mayor Keisha Lance Bottoms, and the work they are doing to inspire impactful change within the Black communities that they serve. And “Sisters in Sororities,” featured the work of the four sororities of the Divine Nine lead by President Glenda Baskins (Alpha Kappa Alpha), President Beverly Smith (Delta Sigma Theta), President Valerie Hollingsworth Baker (Zeta Phi Beta) and President Rashida S. Liberty (Sigma Gamma Rho), showcasing the importance of sisterhood and how they are working together to support African American college students who are looking for community as they pursue their education.

The ceremony was packed with equally talented, contemporary, female performers including Jazmine Sullivan, Da Brat, Avery Sunshine, and Le’Andria Johnson, and the all-female house band Kim Burse and the KB Players. A special homage was made to the International Sweethearts of Rhythm, with five musical performances celebrating the jazz ensemble throughout the ceremony. The boundary-breaking, all-girls jazz band was founded by Helen Jones Woods – the mother of Urban One Founder, Cathy Hughes. The Sweethearts band was comprised of 17 ethnically diverse members who overcame discrimination – both gender and Jim Crow – to become symbols of success against adversity.