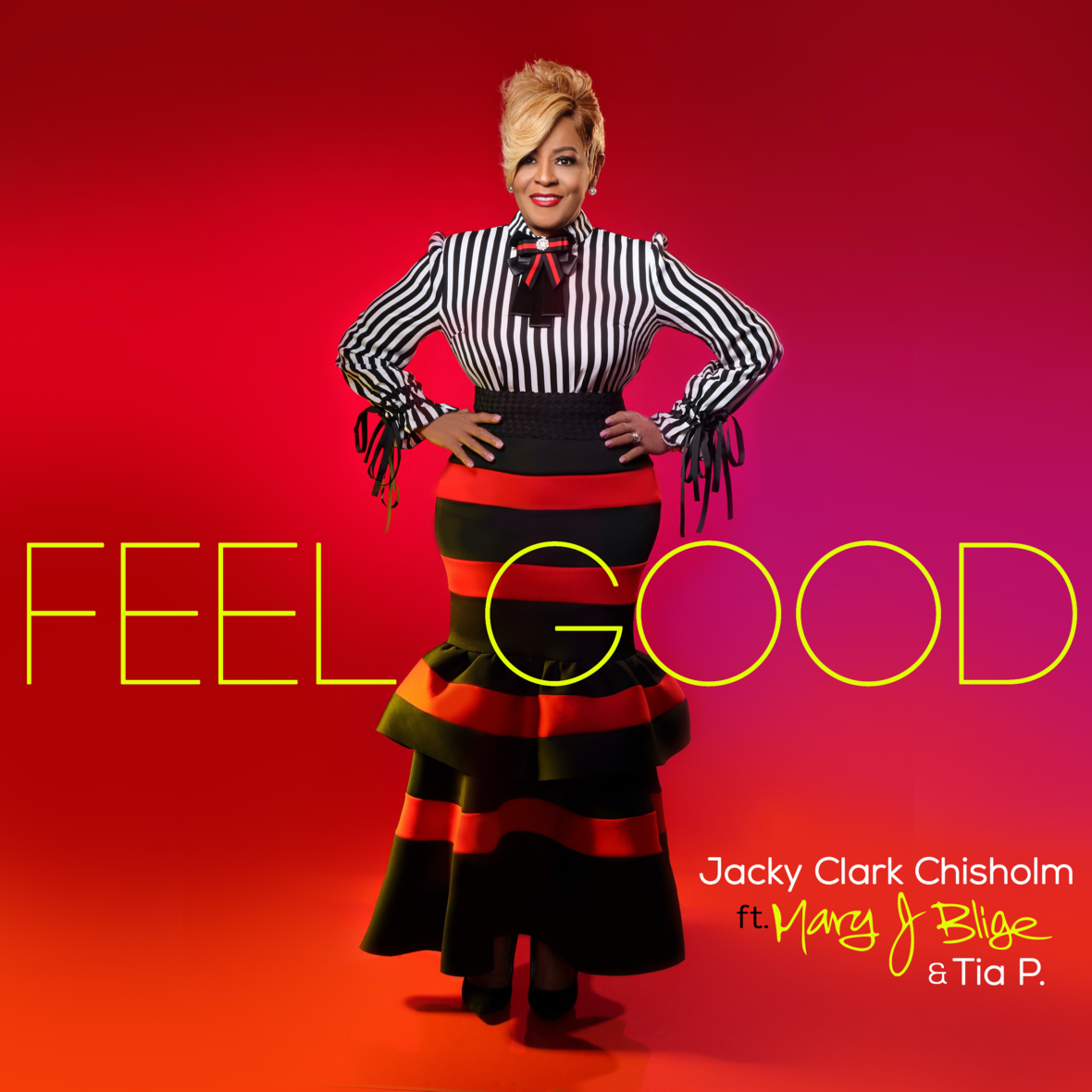 Jacky Clark-Chisholm has blessed the world of gospel along with her sisters Karen, Dorinda and Twinkie as ambassadors who carried the torch on behalf of their mother, the innovative choir directing guru, Dr. Mattie Moss-Clark. For honoring their accomplishments in marrying traditional and gospel roots, a new biopic for Lifetime Television is set to premiere the highly anticipated The Clark Sisters: First Ladies of Gospel Sunday, April 12 at 8pm ET/PT, which is executive produced by Mary J. Blige, Queen Latifah, and Missy Elliott.

Produced by GRAMMY® Award winning producer Dominicke A. Polk, “Feel Good” is an instant earworm with a motivating urban-flavored funky to the bone groovy track served on an uptempo platter with some retro on the side. Additionally, “Feel Good” offers a spiced up fun rap cameo bonus track featuring emerging Inglewood, CA multi-talented rapper and entertainer Tia P. (as seen on BET’s ‘The Next Big Thing”) who co-wrote the song along with emerging songwriters Tommy & J’Mel Johnson (TommyJay), Dante Bowden (DJ Phillycheesesteaks), David Bowden (PinkSweat$) and John Murray on guitar.

Micah Otis, CEO of SPINSTATZ states: “Honestly I was a little nervous about how the DJs would respond to the song being that we had only tested the system using hiphop music. It was such a relief to see that the song held it’s own and doesnt seem to let up any time soon.”

Paul Wright III, Founder of United Alliance Music Group and President of SPINSTATZ adds: “Spinstatz is the first of its kind and a revolutionary service that is instrumental in creating a new term in the industry we call LIVE CLUB STREAMING. It’s an honor to have Jacky Clark, MJB and Tia P shatter our live streaming numbers and be a part of the SPINSTATZ family”.

About Jacky Clark Chisholm:
Jacky Clark Chisholm is a solo gospel artist, business-woman, educator, evangelist, and member of multiple GRAMMY® Award-winning legendary group, The Clark Sisters. With 16 albums, millions of sales to their credit and considered pioneers of contemporary gospel music for their crossover mainstream appeal and classic performances of “Is My Living In Vain? and “You Brought the Sunshine,” The Clark Sisters are the highest-selling female gospel group in history. Chisholm earned an associate of Science degree in nursing, bachelors degree in Family Life Education and is a formidable leader in business. Jacky Clark Chisholm is a former spokesperson for the American Diabetes Association, serves now as Supervisor of Women for the Dominican Republic 2nd Ecclesiastical Jurisdiction, Church of God in Christ Inc., former National Youth Choir Coordinator of the Church of God in Christ Inc. for over 16 years, and was a motivational speaker for fundraisers such as H.O.P.E. South Africa in Johannesburg, South Africa. She was an instructor for the American Red Cross before retiring in 2010.