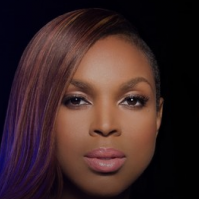 Virtue has been on a whirlwind of high profile media appearances including performing at the Radio One Raleigh Women’s Empowerment Concert (April 18 2015) which drew over 10,000 attendees held at the PNC Arena with featured guests including Damon Dash, Eric Benet, Kem, Ne-Yo, TV sensation Jussie Smollett from the hit Fox TV show “Empire” among more. Virtue’s performance of “You Are” caught the attention of American radio and television personality Russ Parr which resulted in the song being played on his Mainstream Urban/R&B nationally syndicated Russ Parr Morning Show – heard weekdays by more than 3.2 million listeners in 45 U.S. cities.

Most recently they presented the “Male Vocalist of the Year” award alongside Gospel superstar Marvin Sapp at the 30th Annual Stellar Awards which aired on TV One and landed as the most watched weekend prime-time premiere of 2015 for TV One in that demo, boasting a viewership of over 1.1 million viewers on the show premiere day (April 5th 2015).

On March 3, 2015 they sat down with Roland Martin on his show “News One Now” (#1 CY14 broadcast & cable news show in its 9am time-slot among AA P25-54; #2 among total AA P25-54) to talk about their return to gospel music. The string of outings only builds anticipation for their seventh studio album, FEARLESS, set for a summer 2015 release.