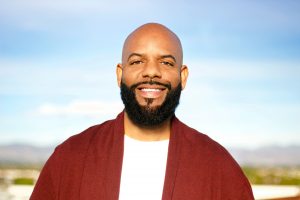 For Lindsey, the label is the culmination of a 20-plus year career in which he has worked with leading artists including William McDowell, Israel and New Breed, Marvin Sapp, Tasha Cobbs Leonard, Kenny Lattimore, David & Nicole Binion, India.Arie, Thalles Roberto, Darlene Zschech and Karen Clark Sheard to name but a few.

“I have always tried to be a bridge between cultures and ethnic groups in several areas of my life,” says Lindsey, a Cleveland, Ohio area native, whose production credits include English and Spanish language recordings. “Being raised in a culturally diverse city, I developed a passion for a very wide range of musical styles – – from R&B to Gospel, pop to modern worship and everything in between. So, I created a company that will facilitate the creation and distribution of music for fans all across the world who love multiple genres and styles of music… my goal is for MultiEthnic Records to be a home for the musically diverse where we have something for everyone.”

Lindsey’s debut release through MER is the single “Take Care,” a timely reminder of God’s peace and provision that was written, performed and produced by him and is available wherever music is streamed and sold.