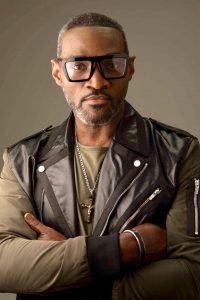 Gospel music powerhouse, Earnest Pugh, has added a new a new accolade to his mantle. Earlier this year, Pugh starred in The 34th Annual Black Music and The Civil Rights Movement Concert at The Black Academy of Arts and Letters (TBAAL) in Dallas. The CBS television affiliate, KTXA Channel 21, created a news piece on the event and it has now won station staffers a regional EMMY® Award in the category of Special Event Coverage (Other Than News Or Sports) during the 15th annual LoneStar EMMY® Awards Show which took place at the JW Marriott Hill Country Resort in San Antonio, TX on November 11th.

Legendary theater director, Curtis King, who has been bringing luminaries such as Ruby Dee, Cicely Tyson and Phylicia Rashad to star in the production for over three decades, staged the concert. The event is a dramatization on the life and legacy of Dr. Martin Luther King, Jr. through narration, music and dance. In addition to Pugh, this year’s show featured R&B artist Bilal, talented musician B. Slade, actor Malik Yoba and TBAAL’s 200-voice concert choir.

Pugh’s latest album, Survive (P Man Music/Blacksmoke/ Smith Music Group), recently debuted at No. 3 on Billboard Magazine’s Gospel Albums sales chart and his mesmerizing radio single, “Survive,” is trending at No. 20 on Billboard’s daily Gospel Airplay chart. Michael Bereal, who produced Pugh’s prior No. 1 Billboard chart smashes “I Need Your Glory” and “Rain On Us,” produced the new single. “I’m excited about this new project,” Pugh adds. “I think this is some of my best work yet and I’m glad that it’s being embraced by my fans with so much love.”