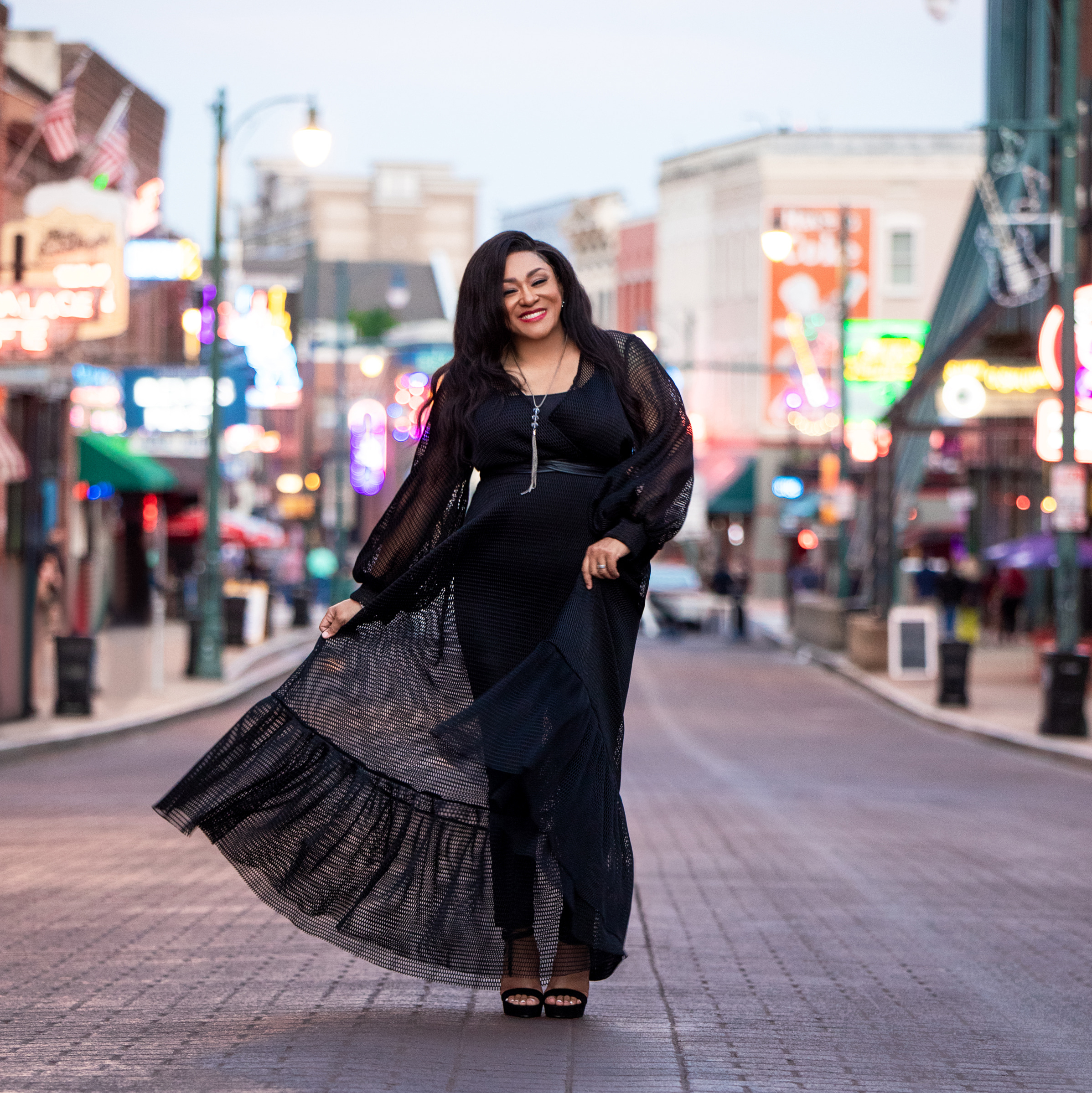 Gospel recording artist Shontelle Norman-Beatty is blessed with phenomenal talent. The new DARE Records artist shows off her vocals on her first single, a contemporary spin on the classic “Jesus Will Fix It (Trouble in My Way),” available on digital and streaming platforms including Apple Music, Spotify, Amazon Music, Pandora, and Tidal on Friday, November 20, 2020 . Released during the country’s unprecedented coronavirus pandemic, Shontelle Norman-Beatty has also survived her bout with the devastating COVID-19 virus.

Though this is her first solo release, Memphis native Shontelle is no stranger to the recording booth or the performing stage. She brings a bold confidence to “Jesus Will Fix It (Trouble In My Way),” in a soulfully upbeat arrangement with horn blasts and driving rhythms. A longtime gospel music favorite, the tune has previously been recorded by legends Albertina Walker, Al Green, Lee Williams, Luther Barnes, and others.

The song is a testament to the all-encompassing power of faith that Jesus can see us through any trouble. Its meaning became even more important when – mere days after recording the tune in an Atlanta studio in early October – Shontelle was diagnosed with COVID-19. For this married mother of a blended family of five children, who was planning to kick her career into high gear, the news was devastating. Atlanta had been unseasonably cold and rainy, and after arriving home to warm, sunny Houston on a Saturday, Shontelle attended church as usual on Sunday with what she thought was just “the sniffles.” Then she received a call from her producer telling her one of the people who had been in the studio with them had tested positive and advised her to get tested.

Though she had no temperature or fatigue, Shontelle got tested that afternoon. She recalls, “The doctor said, ‘Well, Mrs. Norman-Beatty, you’re positive.’ And I said, ‘Okay.’ He said, ‘Do you have any questions for me? Because there’s no cure for this.  All we can do is send you home, and all we can do is tell you that if it gets worse, go to the hospital. That’s it.’ I was shocked … When I went to bed on Sunday night, I felt fine. But on that Monday morning, when I woke up, I couldn’t move. I was hurting from my neck to my feet.”

Shontelle says she spent the next five days quarantined in a bedroom, battling debilitating fatigue. Complicating her situation was that her husband, a pastor, and one of her sons also began to experience symptoms. She believes her recovery is due to forcing herself to get up from her bed and walk outside, taking vitamins, and heeding a friend’s advice to drink not only tea but hot toddies to sweat out the virus. And, of course, prayer.

“I’m thankful that my experience was what it was, and it wasn’t detrimental, and my husband is not planning a funeral,” says Shontelle with signature humor. “I’m thanking God for that. This whole experience, for my husband and myself, has been eye-opening. Everybody needs to be proactive versus reactive. What I mean by that is, go ahead and start taking the vitamins, eating healthy, and getting exercise before you get it.”

Shontelle Norman-Beatty has been making a joyful noise through music since she was a child. She first sang gorgeous gospel harmonies with her siblings, The Normans, alongside her brother, the late gospel singer Shea Norman, who became a well-known Christian artist until his untimely death in 2017.

Shontelle also was a longtime member of The Edwin Hawkins Singers, a globally recognized gospel group. When she got an opportunity to see a New York City club performance by Grammy and Tony Award winner and NEA Jazz Master Dee Dee Bridgewater, Shontelle was so impressed with her stage magnetism and musical versatility that she told herself that one day she would work with her. Years later, when word came to her that Bridgewater needed an emergency replacement for one of her backup singers, Shontelle flew to Europe and filled in. She then spent many years on the road performing with Bridgewater. Now living in Houston, TX, Shontelle serves as the assistant minister of music at Community of Faith Church.