(St. Louis, MO) – September 1, 2010 – Gospel Jazz is a genre that’s busting out at the seams.  Artists are expressing their spirituality in jazzy tones and gaining legions of fans along the way.  3 Central, consisting of Ken Anderson, Everett Moore and Russell Moore, are three men on a mission to spread the love of Christ through powerful instrumental and inspirational music.  Hailing from St. Louis, MO, the group has been one of the most sought-after Gospel Jazz groups in the region earning the Best Contemporary Jazz Artist Award in St. Louis Award (2002).  They’ve opened for such artists as Gerald Albright, Kem, Eric Benet and The Emotions.

But it’s their latest debut release, A Feelin’ Inside that is having the gospel industry rave about the trio.  Herb Spencer of Clear Channel’s WCAO (Heaven 600) in Baltimore and Host of Instruments of Praise says, “Listening to the latest single from 3 Central, ‘Follow Your Heart’, the group’s sound puts me in the mindset of the contemporary jazz sound of the group Foreplay.  This selection has a smooth groove to it that makes you want to bob your head and say, ‘Now that’s niiiice!'”

Dr. Tracy Scott, President of WPJC.FM in Illinois says, “Anyone who has the pleasure of experiencing 3 Central‘s wonderful music ministry will undoubtedly echo the praises of everyone who attended the WPJC.FM Concert. Our station has been flooded with calls and emails from those who witnessed first-hand the power of 3 Central’s praise.  After the performance, testimonies, comments and demonstrations of worship made it clear that hearts had been transformed, spirits had been lifted and lives had been changed.  There was no doubt that God was with us and that He was pleased.”

It’s apparent that these young men are much more than just great musicians.  A Feelin’ Inside is the group’s testament to that fact.  Their most recent project features sanctified instrumental grooves and slow solemn worship tunes.  3 Central knows how to give praise to God through a smooth and comforting sound.  All of the members of the group not only are the instrumentalists – Ken Anderson as the keyboardist, arranger and producer, Everett Moore as the drummer and guitarist and Russ Moore as the saxophonist – but they are all principle songwriters as well.   Songs like the uplifting “Follow Your Heart”, the relaxing “Island Sunrise” and the stunning remake of “It Might Be You (All Of My Life)” make this group one to be reckoned with in Gospel Jazz.

For more information about 3 Central, go to www.threecentral.com. 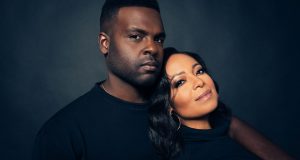 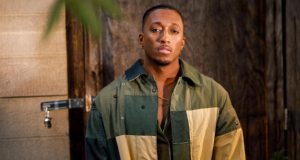 Lecrae Goes On A Self Discovery