Home / Events / Get Ready for the Sneaker Ball During The 2022 Dove Awards!

Get Ready for the Sneaker Ball During The 2022 Dove Awards! 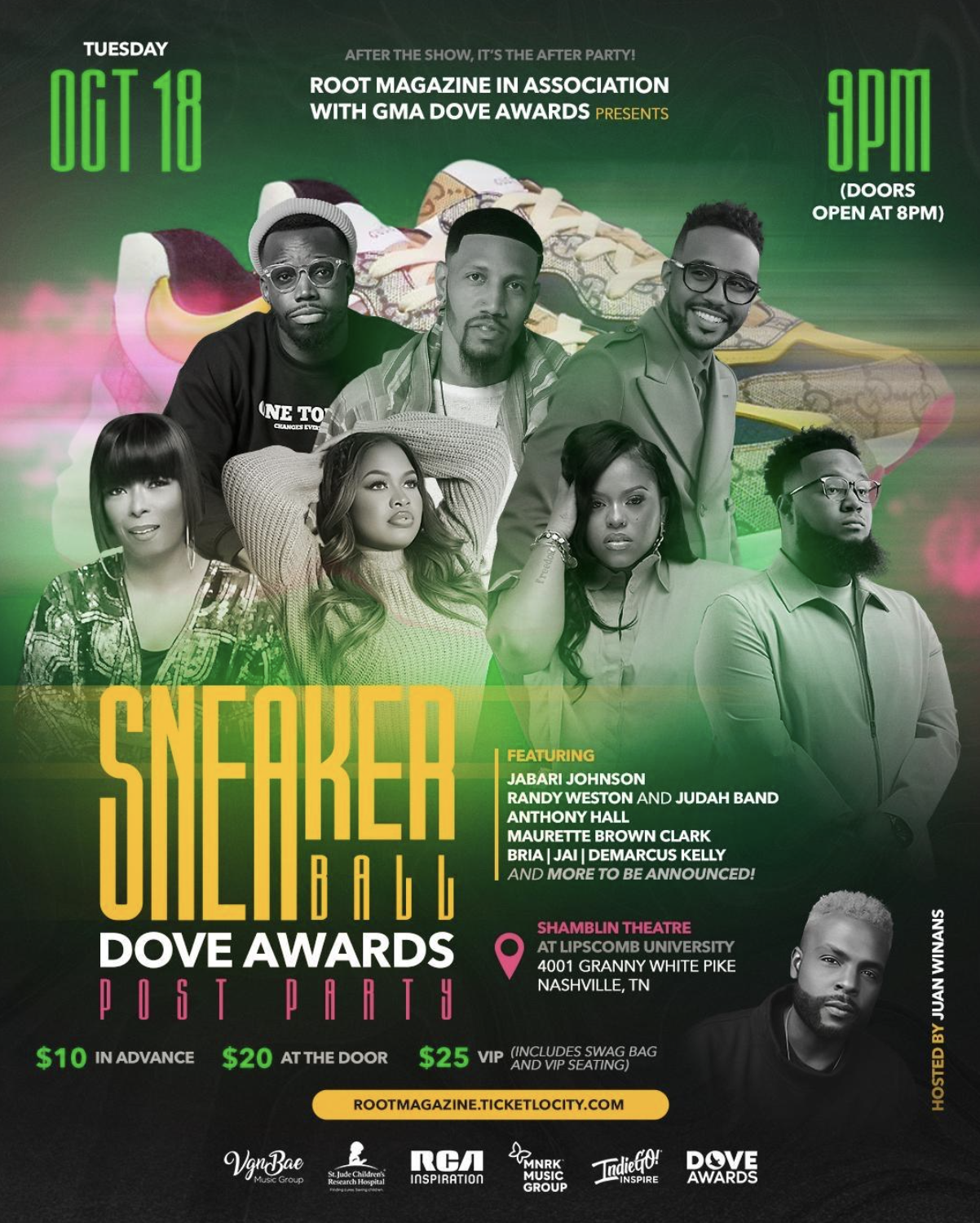 For over 13 years, Root Magazine has been “Your Source to the Gospel Music Vibe and Beyond,” producing innovative cover stories and events for gospel music and the culture. During Root Magazine’s 10th year, they produced two major events for during both the Stellar and Dove Awards, that featured Mary Mary, JJ Hairston, Tasha Page Lockhart, Rodney Jerkins, Naomi Raine, CeCe Winans, Jonathan McReynolds and more.

General admission seating is $10, VIP seating (with Swag Bag) is $25 and tickets at the door will be $20. To purchase tickets please visit:

After only a few short years, Root has partnered with multi-million dollar corporations like BET, Global United Fellowship, The Merge Summit,  I Hear Music, GMWA and BMI to produce one of a kind magazines and journals.

In 2015, Hasan began his radio journey as the mid day host on the now five time Stellar Award winning gospel station, WIMG 1300 AM in Trenton, NJ, under the moniker Mr. Root. He is also the producer of the Lonnie Hunter Morning Show on Stellar Award winning Reach Gospel Radio, which is syndicated in over 20 cities in the United States and Canada.

In 2016, Root Magazine produced one of the biggest photo shoots in Gospel Music history entitled: Leaders of the New School, that featured over 40 of today’s most popular artists that included: Jonathan McReynolds, Travis Greene, JJ Hairston, Jekalyn Carr, Tasha Cobbs-Leonard, Anthony Brown, Casey J and Jonathan Nelson, among others.

Never one to settle, Hasan decided to start what he finished 20 years prior and obtained a Bachelors Degree in Business Marketing at the age of 40. He has appeared on The Willie Moore, Jr. Show, Get Up! Mornings with Erica Campbell, Being Lisa Raye on BET, and We’re The Campbell’s on TV One.