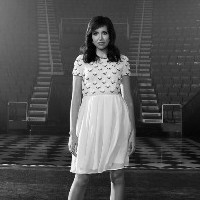 “He Knows My Name” is the the follow up to her multi-week No. 1 single “Write Your Story” from her third studio release, If We’re Honest, that has now sold over 145,000 units. Francesca partnered with Mercy Ministries to create a long-form music video for the song, highlighting the work of the ministry which exists to help young women struggling with addiction, eating disorders, unplanned pregnancies or any other number of challenges, find healing and hope. That video has now garnered over a million views on YouTube.

This nomination comes on the heels of Francesca wrapping another successful run on Winter Jam, consistently named one of the most well-attended tours in the world. Today, she joins Steven Curtis Chapman, Brandon Heath and Danny Gokey for the launch of The Bible Tour 2015, of which the first six shows have already sold out.

Her current single, “Holy Spirit” is already Top 20 at National Christian Audience in its second week since add date, and the most added AC song two weeks in a row with over 60 stations on and counting, including several notable Top 50 markets.

The Billboard Music Awards will air live from the MGM Grand Garden Arena in Las Vegas on Sunday, May 17, from 8-11 p.m. ET on ABC. Full list of nominees can be seen here.