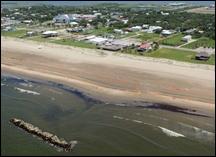 Evangelical churches across the nation, including several megachurches, will join in a national day of prayer for the Gulf Coast community on Sunday.

The “National Day of Prayer for the Gulf,” sponsored by the National Association of Evangelicals and the Evangelical Environmental Network, expects to inspire thousands of Christians to pray for the residents of the Gulf Coast impacted by the BP oil spill.

Originally, organizers planned to pray for the oil to stop gushing into the Gulf of Mexico. But now that the new containment cap seems to be stopping the oil leak, participants will be asked to pray for the long-term recovery process.

“I do think the shift in emphasis will be how do we ask God for His help and the help of the church in the long-term recovery process both in nature and in terms of people’s livelihood,” said the Rev. Joel Hunter, senior pastor of Northland, A Church Distributed near Orlando, Fla., to The Christian Post on Friday.

Hunter, who is an NAE board member, said he plans to talk to his congregation on Sunday during “family time” about the oil spill and ask them to pray for the affected Gulf Coast communities.

Somewhere between 94 and 184 million gallons of oil have spilled into the Gulf of Mexico since the April 20 drilling rig explosion, according to government estimates. BP was able to stop the oil from gushing into the Gulf for the first time on Thursday – after nearly three months of the oil flowing freely into the ocean.

A new containment cap appears to be effectively stopping the leak. But experts are still analyzing the pressure in the well to determine if there is a leak elsewhere. The pressure as of Friday is 6,700 pounds per square inch, which means there could be a leak or that so much oil has spilled that it will take time to build up pressure, according to CNN. A pressure higher than 7,500 psi would indicate a low chance of a leak.

The Rev. Mitch Hescox, president of the Evangelical Environmental Network, will be in several Gulf Coast states this weekend to pray with local Christians for their communities.

He recalled memories from his trip to the Gulf Coast in June.

“I think the most poignant was putting my hands in the oil and just seeing how it stains all of creation – the grass, the water, and even the animal – and hearing the people tell their stories how they can no longer shrimp or get oysters out of those waters, and that their whole life was destroyed,” Hescox said.

The evangelical environmentalist said the feeling among the people he met in the Gulf Coast is that it will take decades to clean up the devastation from the oil spill. Yet despite the great obstacles they see ahead, Christians in the area remain hopeful that God will “correct the problem,” he said.

“God is the source of their strength,” said Hescox, who will be in Alabama, Mississippi, and Louisiana this weekend to pray with the Gulf Coast communities. “When someone would start talking negatively, others would jump in and say God will deliver us we have to keep hope and have to trust in God.”

Churches in the Gulf Shores, Ala.-area will participate in an inter-denominational sunrise service Sunday on the beach at Gulf State Park. And congregations from Pennsylvania to California and as far away as New Zealand will observe the National Day of Prayer for the Gulf from their own church location.

The Rev. Leith Anderson, president of the NAE and senior pastor of Wooddale Church in Eden Prairie, Minn., said the leaders of the seven Sunday services at his church will lead congregants in prayer for the Gulf Coast communities.

“America has a long tradition of calling for prayer when we face national challenges,” Anderson told The Christian Post. “The Gulf oil spill is a major national challenge. We are just doing what Americans and evangelicals have been doing throughout our history.”