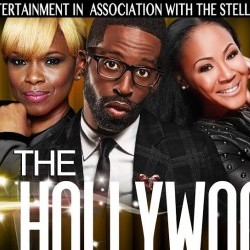 Presented in association with partners The Stellar Awards, the events topic will be “21st Century Gospel: Expanding Your Brand In Music, TV & Film” as the panel will focus on providing aspiring gospel artists with the tools needed to successfully thrive within the Gospel music arena.

The interactive and information based panel, sponsored by eOne Nashville, is designed to educate aspiring industry professionals on the inner workings of the industry, and is the first of its kind to be included as an officially sanctioned Stellar Awards Event. The panel discussion is from 12N to2PM.