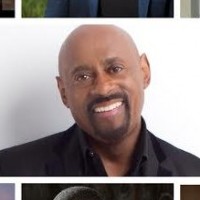 Entertainment One Music (eOne Music) marks a momentous year delivering a broad range of chart-topping hits over the past year – garnering 33 Stellar Awards nominations across 19 categories for 6 artists – from nominations for Artist of the Year and Song of the Year, to Female Vocalist of the Year, CD of the Year, Music Video of the Year, and more, for the upcoming 2015 Stellar Gospel Music Awards.  Creating a powerful repertoire, Erica Campbell, Ricky Dillard, James Fortune, Donald Lawrence, William McDowell, and Michelle Williams have continued to inspire fans across the world with their latest hit releases, encompassing diverse sounds from contemporary gospel and urban inspirational, to the sounds of choir and praise and worship.  Multiple Stellar Award-winner and esteemed Bishop Paul S. Morton will also be honored with a special award, receiving the James Cleveland Lifetime Achievement Award at this year’s show.

Phil Thornton, eOne Music Vice President and General Manager, Urban Inspirational, says: “We are honored that eOne Music has received 33 nominations for this year’s Stellar Awards! We are thrilled to congratulate Erica Campbell, Ricky Dillard, James Fortune, Donald Lawrence, William McDowell, and Michelle Williams on the recognition across multiple categories supporting their work over this past year, and also celebrate Bishop Paul S. Morton’s special honors on receiving the Lifetime Achievement Award. Their work has been filled with many milestones and they continue to inspire us all with their prolific creative gifts and powerful music ministry.”

The release of the live album Live Through It, from the award-winning James Fortune & FIYA, garners 3 Stellar Awards nominations, in the categories of Group/Duo of the Year, Contemporary Group/Duo of the Year, and Urban/Inspirational/Instrumental Single/Performance of the Year for the hit single “Live Through It.”  Fortune’s chart-topping album also features the songs “Forever,” “Never Forsake Me,” “Best Praise,” and more on the two-disc set.

Stellar Award-winning artist, producer and songwriter Donald Lawrence racks up 3 Stellar Awards nominations surrounding his acclaimed #1 Gospel album, Best for Last.  Nominated in the categories of Group/Duo of the Year, Contemporary Group/Duo of the Year, and Contemporary Male Vocalist of the Year, Lawrence’s 20-year anniversary live album showcases the dynamic talents that have garnered him abundant recognition among peers and fans as one of the industry’s most prolific artists, continuing to make an indelible mark with hit songs such as “The Gift,” “There Remaineth a Rest” (ft. the Tri-City Singers), and “Best for Last” (ft. Yolanda Adams).

Bringing fans another chart-topping hit, award-winning worship leader William McDowell enveloped listeners in a live worship experience with the two-disc release of Withholding Nothing.  Featuring his first-ever combined CD/DVD collection including the hits “Withholding Nothing,” “My Heart Sings,” and more on his third album, McDowell is nominated for 3 Stellar Awards in the categories of Traditional Male Vocalist of the Year, Traditional CD of the Year, and Praise and Worship CD of the Year.

With a prolific global ministry, Bishop Paul S. Morton pastors one of the country’s largest church organizations, as founder and bishop of the Full Gospel Baptist Church Fellowship, and has released 10 albums in his multiple Stellar Award-winning recording career.  For his influential work in ministry, Bishop Morton will be the special 2015 recipient of the James Cleveland Lifetime Achievement Award at this year’s Stellar Awards.